Bitcoin, Bukele and a bevy of central bankers meet in El Salvador

El Salvador welcomed 44 central bankers from developing countries around the world to tackle financial inclusion and discuss Bitcoin at a three-day conference. 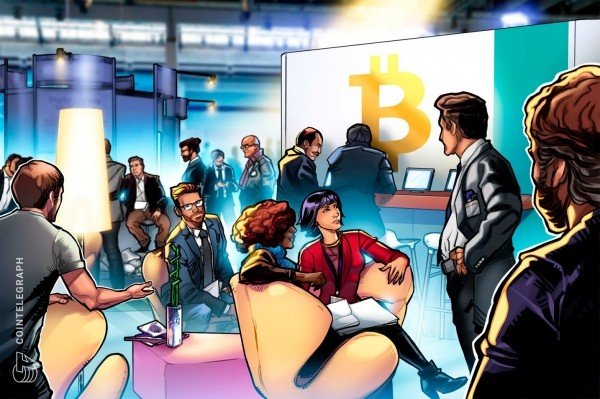 This week, 44 central bankers from developing countries around the world are attending a conference in El Salvador to discuss financial inclusion, financing for small and medium-sized businesses and Bitcoin (BTC).

Central bank delegates from Ghana to Burundi, Jordan to the Maldives and Pakistan to Costa Rica arrived in San Salvador for the conference upon El SalvadorPresident Nayib Bukele’s invitation.

Organized by the Alliance for Financial Inclusion, a global policy leadership alliance, and in partnership with El Salvador’s central bank, the conference will run for three days. In a tweet, the head of El Salvador central bank, Douglas Rodríguez, shared:

“El Salvador is proud to receive representatives from 44 central banks and financial authorities to learn about the implementation of Bitcoin and policies to promote Financial Inclusion.”

Rodríguez’ superior, President Bukele, shared that he was “planting seeds” among the 44 delegates while tweeting a group photo of the leaders:

The team behind the Bitcoin Beach project was also in attendance, on-hand to educate the central bankers. Bitcoin Beach, El Zonte, was the birthplace of the Bitcoin Law, a grassroots movement that led the first nation to adopt Bitcoin.

Nicolas Burtey, co-founder of Galoy Money — the company that built the Bitcoin Beach wallet — said, “After spending a day with those central bankers, I can say: still a lot of education to do.” Burtey continued:

“[The] vast majority have no idea of the potential of bitcoin. But with El Salvador adopting Bitcoin, they now have a reason to dive into it.”

Burtey and his team spent the day speaking with central bankers, showing them how to use Bitcoin Lightning wallets and send payments. Progress was fast — so fast, in fact, that Burtey tweeted: “We can’t onboard the central banks fast enough to #bitcoin with the BTCBeachWallet.”

Photos of the event beggar belief, with central bankers studiously learning how to send payments and create wallets.

At present, only two countries around the world have recognized Bitcoin as legal tender: El Salvador and recently the Central African Republic, which was subsequently scolded by African central banks for adopting cryptocurrencies.

For some commentators, such as Dan Tapiero of investment fund 10T holdings, who memorably told Cointelegraph during an interview, “I don’t have cash,” El Salvador’s financial inclusion conference is momentous. He insinuates that the United States might need to catch up:

For hardcore Bitcoiners, nonetheless, the opportunity to make a joke about the event was just too great. Gigi, a Bitcoin writer and author of Bitcoin book 21 lessons, tweeted “If they keep using Bitcoin they wont be central bankers much longer!”

Do Kwon proposes Terra hard fork to save ecosystem

Getting funds out of FTX could take years or even decades:…

Art Gobbler NFTs Are Producing GOO Tokens. Should You Buy…

Chairmen from the SEC and CFTC talk crypto regulation at…