Bitcoin flies above $12,000 to one-year high as investors hedge against inflation 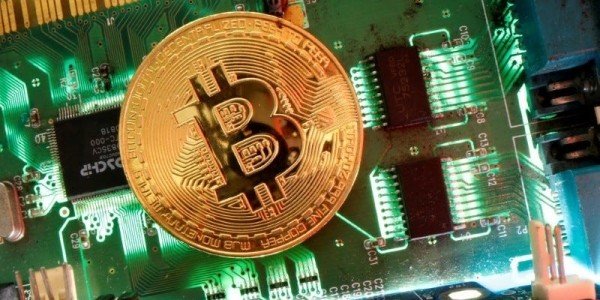 Bitcoin surged above $12,000 on Monday and held the level in early Tuesday as investors continued to seek yield in unorthodox assets.

The world’s most popular cryptocurrency traded as high as $12,476.7o over the past 24 hours, hitting its highest level since July 2019. Bitcoin has rallied past several key psychological thresholds in August after choppy trading throughout the summer. The upswing comes as the stock market closes in on record highs and investors brace for a potential rotation into safe-haven assets.

The digital currency is also boosted by tumbling real yields. The Fed’s plan to hold rates near zero for the foreseeable future is driving real Treasury yields below zero and forcing investors to find healthy returns elsewhere. Some have piled into gold, as low yields erase the opportunity cost of holding the non-yielding metal.

Others are experimenting with cryptocurrencies, anticipating their insulation from inflation will lift prices higher. Industry giants including Michael Novogratz and Paul Tudor Jones recently revealed growing stakes in bitcoin, with the former telling Bloomberg TV last week that roughly a quarter of his net worth is linked to the coin.

Bitcoin’s latest advance comes on the heels of a strong year-to-date performance. The token is up about 70% in 2020 so far and has tripled from its March low.

The fresh interest from institutional names could drive the interest needed to place bitcoin near its previous peak. Young, risk-loving investors have been propping up cryptocurrency for years, Novogratz said in a recent interview with “The Tom Ferris Show” podcast. Once big-money players enter the fray, more investors will take bitcoin and its uses beyond hedge-positions seriously, he added.

“Bitcoin has been a young man’s game. It’s been Gen Z and the millennials, it’s been bought on Coinbase app or Square or Robinhood,” Novogratz said. “Those things aren’t going away. Quite frankly, there are going to be more of them.”

Michael Venuto’s firm provides unique ETFs that have returned as much as 60% for investors this year. He breaks down his process — and shares the ‘anomaly’ investors need to watch today. 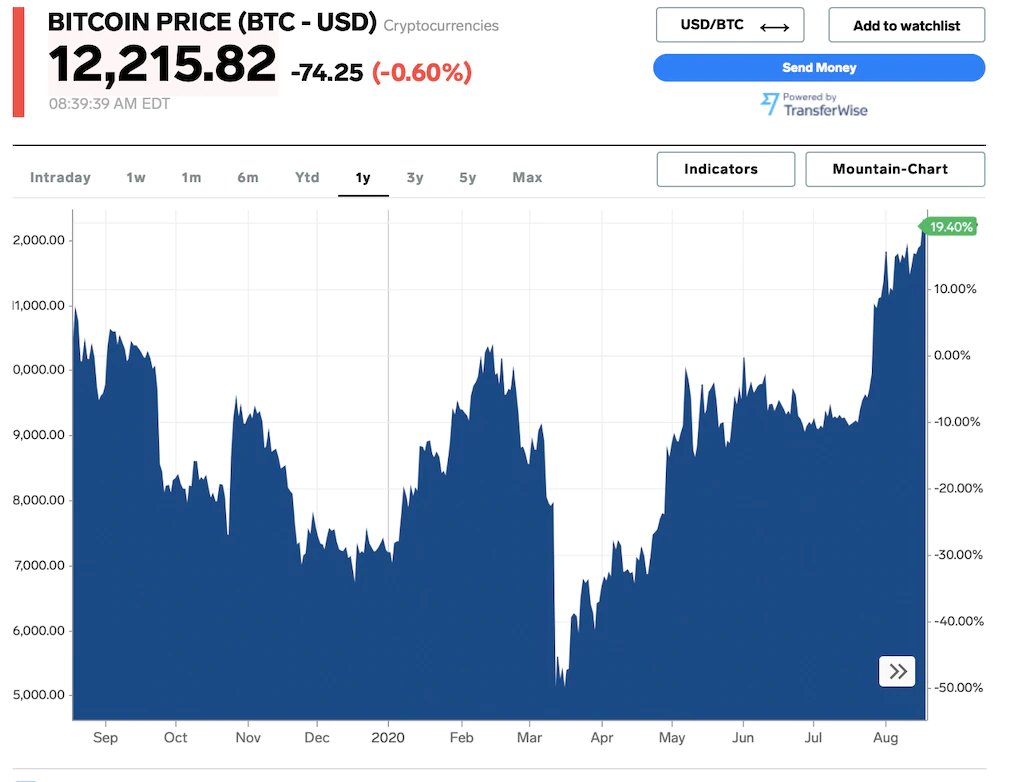 Bitcoin flies above $12,000 to one-year high as investors…

Is Bitcoin’s Price at $10K Stable? Here are Some…