There are few winners among Bitcoin hodlers this week as stocks get squashed while commodities run wild. 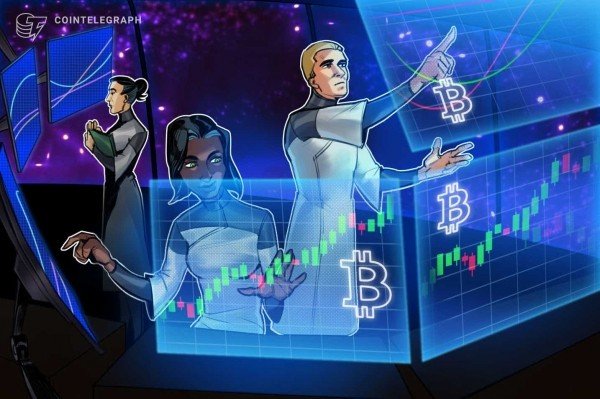 Bitcoin (BTC) recovered from one-week lows on March 8 after a lack of progress in Russia-Ukraine talks that sent markets tumbling.

Overnight progress maintained support with the pair trading at around $38,500 at the time of writing.

Crypto and stocks reacted badly to the lack of consensus that ended the third round of negotiations to end hostilities between Russia and Ukraine.

“There are small positive subductions in improving the logistics of humanitarian corridors… Intensive consultations have continued on the basic political block of the regulations, along with a ceasefire and security guarantees,” negotiator Mykhailo Podolyak nonetheless tweeted as part of feedback following conclusion of the talks.

The news was not enough to provide any form of hope, however. United States stocks trended down throughout the session with the S&P 500 ending Monday with 2.95% losses.

Commodities, meanwhile, saw spikes which were often unprecedented such as nickel jumping past $100,000 per ton on the London Metal Exchange.

At the same time, pain continued for Russia, with only ruble-exposed investors hedging in BTC seeing some form of relief. On Monday evening, BTC/RUB hit new all-time highs of just over 5 million rubles on Binance.

Amid the mayhem and despite Bitcoin’s lackluster price reaction as a safe haven paradoxically correlated with stocks, there were nonetheless votes of confidence from diehard supporters.

“When the dust settles bitcoin will be the biggest benefactor bc the masses will realize a distributed system that cannot be controlled by a single person, government, corporation or coalition is the only thing they can trust.”

Regulatory concerns from the U.S. also contributed to the market‘s cold feet.

Related: 3 reasons why Bitcoin can rally back to $60K despite erasing last week’s gains

For popular traders Anbessa and Crypto Ed, $40,000 remained an obvious target for a bullish divergence.

“Target can be defined better when that correction is finished, but for now sticking with ~40k,” Crypto Ed added.

As Cointelegraph reported, upcoming events in the U.S., notably consumer price index (CPI) data due Thursday and a decision on interest rate hikes next week, were apt to disrupt sentiment in the short term.

SpaceX to follow Tesla in accepting DOGE payments for merch:…

XRP price breaks out of range with a 25% rally, but why?