Doomsday outlooks for Bitcoin price action remain in focus as some whales and smaller buyers choose to go big on BTC at current levels. 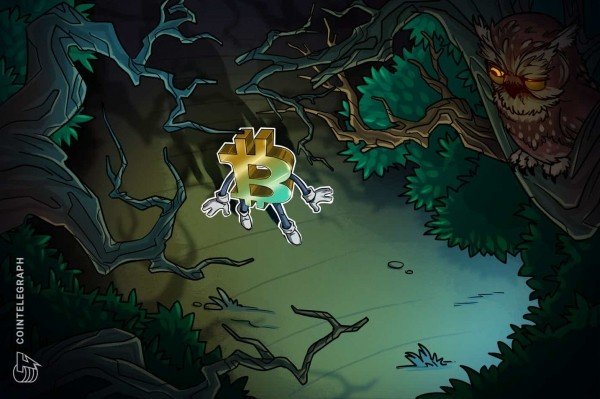 Bitcoin (BTC) further tested $38,000 overnight as the weekend began with uncertainty among traders.

3-day chart could be “precursor” for weekly

The pair had also seen a brief spurt above $40,000 Friday thanks to geopolitical developments, this nonetheless lasting a matter of minutes before the previous status quo returned.

Such “fakeouts” to higher levels — which ended with Bitcoin coming full circle and liquidating both short and long positions — was already familiar behavior for market participants this month.

Now, however, lower timeframes were beginning to show signs that a more significant downtrend could be on the horizon.

“3 Day BTC candles are flirting with the 200 MA for the first time since the Covid crash,” analytics resource Material Indicators warned Twitter followers on the day.

“If this is a precursor to what the Weekly candle is going to do, make sure you have enough powder to take advantage of the buying opportunity that follows. That bounce can change your life.”

The 200-week moving average, currently just above $20,000 and still climbing, has acted as a historical bottom zone throughout Bitcoin’s lifespan and has never been violated.

Meeting it would require a drop of 50% from current spot price, and 70% from all-time highs — something which BTC/USD has nonetheless achieved in the past.

The Covid crash, for instance, saw a 60% dip in a matter of days before an equally strong reversal initiated a new price paradigm later in the year.

Bitcoin remained at the mercy of stock markets during the week, meanwhile, these trending down to cap 2.9% and 3.5% weekly losses for the S&P 500 and Nasdaq, respectively.

Previously, popular trader Pentoshi had stated plainly that he believed a Wall Street Crash-style event could take hold of markets this year.

On the plus side, whale buy-ins and smaller investor wallet growth provided reasons to be cheerful for long-term hodlers.

“These guys correctly sold the meat of the $10k-50k Bitcoin move.”

An accompanying chart showed that the proportion of the BTC supply now held by entities — one or more wallets assumed to have the same owner — now stood at its highest in a year.

Two years since the COVID-19 crash: 5 things to know in Bitcoin this week