Validators decided to halt chain operations on Thursday in anticipation of governance attacks as the LUNA token plunged over 99%. 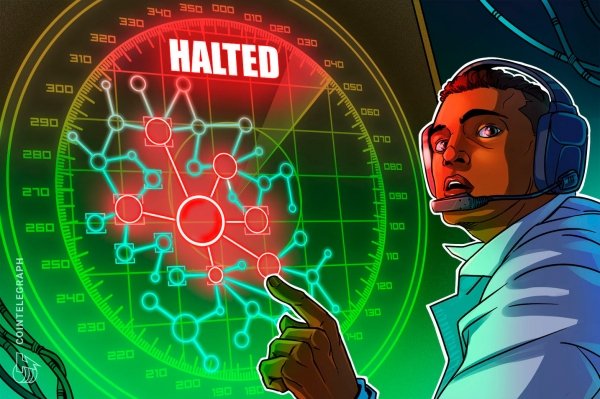 Validators for the Terra blockchain have decided to officially halt network activity on Thursday in a move designed to prevent governance attacks following the severe devaluation of the network’s LUNA token.

Terraform Labs’ official Twitter handle confirmed that the blockchain network was halted at a block height of 7,603,700. The move follows a series of dramatic events that triggered an unprecedented decline in the price of LUNA and its associated TerraUSD (UST) stablecoin. The stablecoin, which was designed to maintain algorithmic parity with the United States dollar, lost its peg earlier this week before plunging below $0.30.

With LUNA’s price collapsing more than 99%, Terraform Labs is no longer confident that it can prevent governance attacks. In other words, the price decline “significantly reduced [the] cost of attack,” the ecosystem operator tweeted Thursday.

However, the downtime in block production didn’t last long, with Terra later announcing that it would restart the network once validators applied a patch to disable further delegations. “The network should go live once 2/3 of the voting power comes online,” they said.

As Cointelegraph reported, LUNA/UST contracts were delisted on Binance on Thursday after the trading pair fell below 0.005 USDT. That followed a delisting of LUNA tokens by cryptocurrency exchange Huobi the previous day.

Related: Why did Terra LUNA and UST crash? | Find out on The Market Report

Earlier this week, Terraform Labs co-founder Do Kwon shared details about a recovery plan that would help save the UST peg from further devaluation. Terra’s official Twitter handle further elaborated on those plans on Thursday by laying out a strategy to burn $1.4 billion UST and stake 240 million LUNA. However, the details of the rescue plan have failed to deter market sell pressure.

Before the events of this week unfolded, Terra LUNA was a top 10 cryptocurrency project by market capitalization, and its UST asset was the third-largest stablecoin behind only Tether (USDT) and USD Coin (USDC).

The article was updated with information about Terra’s patch update, which allows block production to resume.

Seeing red? FUD that! Here’s what you should have…

Celsius moved $529M worth of wBTC to FTX exchange: Should we…