A charge into the weekly close delights analysts as “Moonvember” looks set to continue — can anything spoil bulls’ fun? 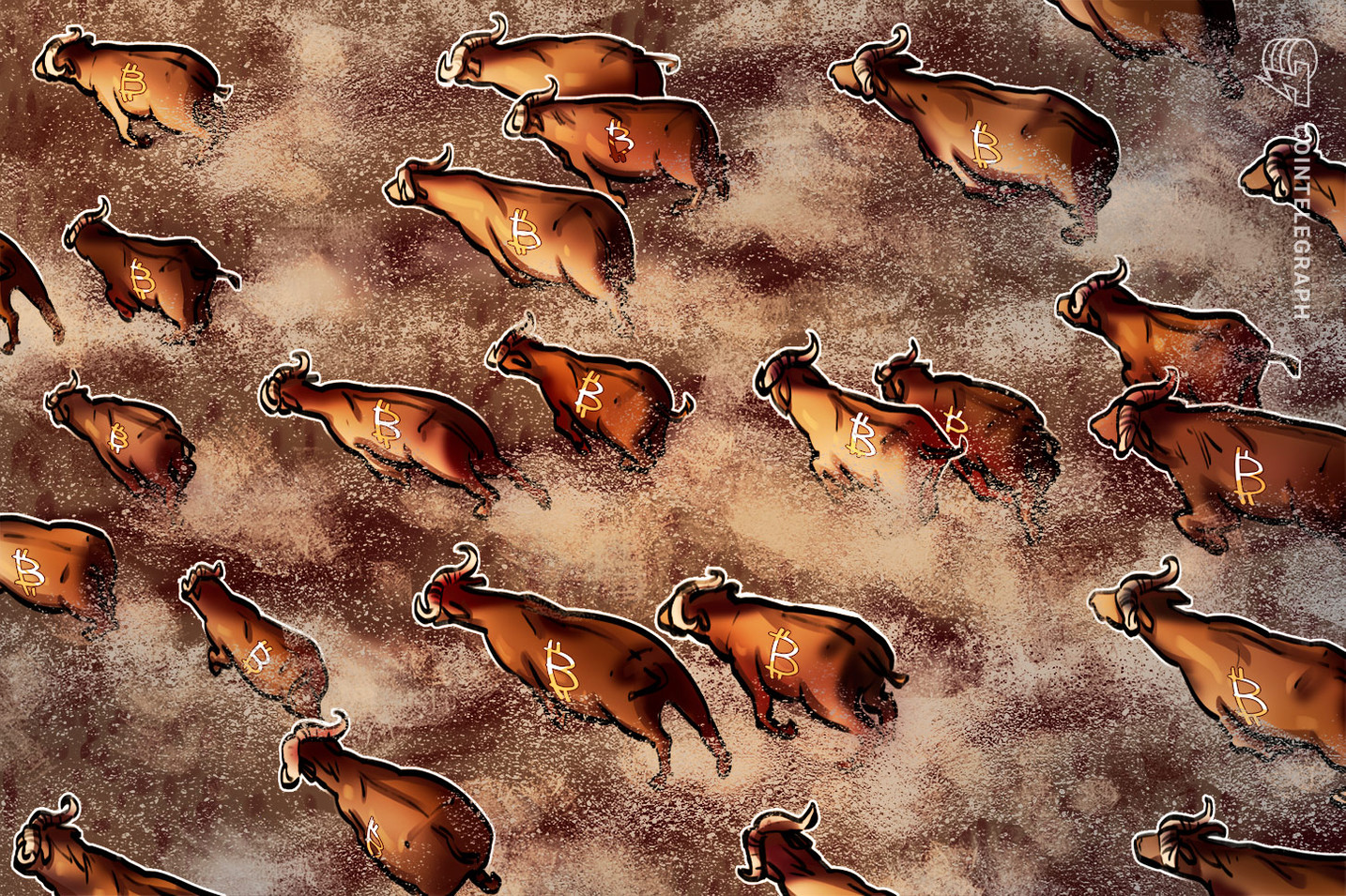 Bitcoin (BTC) begins a new week with a race toward all-time highs as bulls save the day — and the week — at the last minute.

A week of sideways BTC price action came to an end just in time for the weekly close, with Bitcoin bouncing back to $66,000.

It is a classic move that has become all too familiar in recent weeks, and attention is now focusing on bullish outcomes once again.

With Wall Street still to open, Monday has yet to set the tone for the third week of “Moonvember,” one which still has an end-of-month price target approaching $100,000.

Can Bitcoin get there? Cointelegraph takes a look at five factors that could help shape BTC’s price trajectory in the coming days.

For those concerned about what would happen at Sunday’s weekly close, there was no need — Bitcoin did not disappoint.

After tracking sideways most of the week, BTC/USD rose to the occasion in classic style to seal a new all-time high weekly candle, which took it to $65,500.

Gains of $1,000 came quite literally at the final hour, characteristic of behavior from recent weeks.

Bitcoin thus put in a weekly close above a multi-month trend previously held to be an important test of overall strength.

For popular analyst TechDev, the close was notable for another reason, coming above a 1.618 Fibonacci level and thereby copying action that acted as a springboard during both the 2013 and 2017 bull runs.

“You ready for what’s coming? I personally am not betting on this time being different for Bitcoin,” he added in a separate Fibonacci post.

At the time of writing, BTC/USD traded at just under $66,000, having briefly hit the zone as a high overnight.

Others argued that Sunday’s Taproot soft fork deployment has not yet been fully appreciated. As Cointelegraph noted, major upgrades have also been followed by significant price run-ups, as was the case with Segregated Witness (SegWit) in 2017.

“The market has not priced in the massive Bitcoin Taproot upgrade,” Charles Edwards, CEO of investment firm Capriole, wrote.

Say what you want about analyst PlanB’s end-of-month “worst-case scenario” series of Bitcoin price predictions — he’s standing by his estimates.

He is far from alone — as Cointelegraph reported, multiple sources are eyeing a move toward at least $85,000 in the coming weeks.

Zooming out further, and PlanB’s stock-to-flow models are joined by other research showing just how cyclical Bitcoin has really been — even since before 2013.

One prediction last week, however, said that while Bitcoin would hit a giant $250,000 in January, it would ultimately disprove one of the stock-to-flow models for good.

Could it be the beginning of the end for this cycle’s Bitcoin bull market?

Looking at what long-term holders (LTH) are doing, it appears that Bitcoin has entered its final — but most volatile — bullish chapter.

Data from on-chain analytics firm Glassnode highlighted by analyst William Clemente shows that LTH investors have stopped net accumulating and are now divesting themselves of coins.

Characteristic of bull run tops, this “selling into strength” marks the first net reduction in LTH holdings since April, when BTC/USD hit highs of $64,900, which stayed as the ceiling for six months.

Last time, in Q4 2020, LTHs began selling in advance of Bitcoin’s dramatic price run-up, with distribution hitting a peak and then declining before the $64,900 all-time high materialized.

One aspect of Bitcoin that really is hitting all-time highs this week is the hash rate.

After a rapid but nonetheless long recovery from its crash five months ago, the core network fundamental is now measuring what it did in late April to early May.

According to data from live monitoring resource MiningPoolStats, excluding spikes and troughs in the raw data, the hash rate is around 168 exahashes per second (EH/s).

An accompanying chart shows the extent of progress since miners began relocating en masse away from China.

While the hash rate, which describes the computing power dedicated to mining, can only be estimated rather than measured exactly, the metric now begins its first venture into unknown territory in almost half a year.

As Cointelegraph reported, difficulty, arguably the most important indicator for Bitcoin’s core strength, also continues to head back to all-time highs.

Sunday added another 4.7% to the tally, also marking the ninth increase for difficulty in a row.

Away from Bitcoin, traditional markets are beginning to unnerve — and not just investors.

In a conference last week, Raghuram Rajan, former governor of the Reserve Bank of India, sounded the alarm over excessive growth in stocks.

“There are obvious signs of froth,” he said about the Nomura-Wolfe basket of popular United States equities, quoted by the Financial Times among other outlets.

In what will sound more like Bitcoin during periods of rapid price growth, options are seeing serious volume — and the leverage to go with it.

“It’s become a cliché, but we really are in uncharted waters, very unusual territory.”

While November is traditionally a solid-performing month for both traditional financial and cryptocurrency markets, the tone fuels existing suspicions about the “up only” nature of stocks in particular.

For Bitcoiners, the issue revolves around the overall correlation between the two. Despite striking out on its own in recent months, BTC can still be impacted by sudden changes in sentiment elsewhere.

One example was Tesla, which fell in step with Bitcoin last week on the back of CEO Elon Musk’s 10% stake sell-off.

Hacker tastes own medicine as community gets back stolen…

Metaverse That Doesn’t Exist Yet Bags $70M in Ethereum