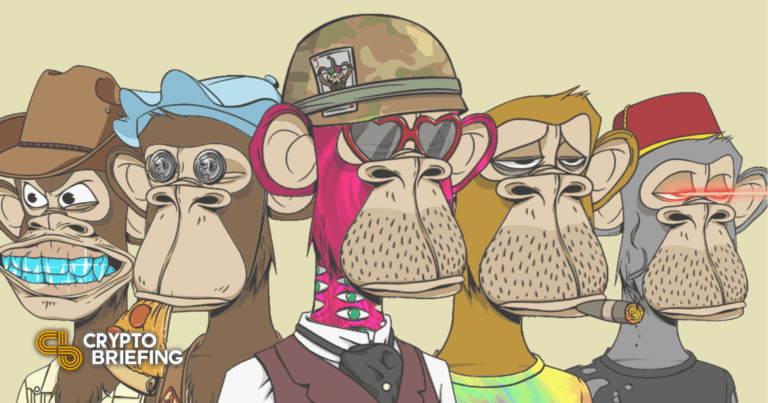 The list of celebrity Bored Ape Yacht Club purchases is growing longer, with several high-profile acquisitions over the past month.

The Bored Ape Yacht Club is quickly gaining popularity with the world’s rich and famous.

Over the past month, several big names have joined the list of celebrities publicly announcing Bored Ape purchases, bringing the total number of known celebrity owners to more than 20.

Bored Apes have proven popular in the big leagues, with several NFL and NBA players joining the primate party. La Melo Ball of the NBA’s Charlotte Hornets appears to have been the first to buy a Bored Ape NFT back in June, and since then, he’s been joined by Stephen Curry of the Golden State Warriors. Several NFL players have also announced purchases, including Dez Bryant and Von Miller.

However, Tyrese Haliburton, the latest sports star to join the Bored Ape Yacht Club, has made use of the intellectual property rights that come with each ape, creating a pair of bespoke sneakers featuring his NFT.

The music world has seen the most Bored Ape adoption, with DJ Marshmello, rappers Lil Baby and KSI, producer Timbaland, and other artists such as Linkin Park’s Mike Shinoda all posting their Bored Ape purchases on social media. Some of the most notable names to announce purchases recently include rapper Post Malone, DJ Khaled, and Steve Aoki.

While musicians are content sporting Bored Ape profile pictures, others in the space have grander designs. Universal Music Group is planning to launch a band formed entirely of virtual apes called Kingship. The four Bored Ape Yacht Club NFTs are set to be rendered in 3D by a team of animators and will perform across video games, virtual reality, and other realms of the Metaverse.

Not to be outdone, Bored Ape owner and fan Timbaland has announced he’s starting a new company called Ape-In Productions that will also use Bored Ape Yacht Club NFTs to form a music group. A battle of the NFT bands could be on the cards in the future if both groups take off.

Like several other celebrities, including DJ Khaled, Lil Baby, and Post Malone, Fallon bought his Bored Ape through MoonPay, a concierge service set up to help high net worth individuals buy NFTs.

MoonPay handles the hassle of setting up a wallet, buying crypto, and purchasing from marketplaces, delivering NFTs straight to celebrities for a fee. As the NFT space can still be difficult to navigate for non-natives, MoonPay’s services have played a vital role in onboarding the rich and famous into the world of NFTs.

Additionally, auction houses like Christie’s and Sotheby’s have featured Bored Apes on multiple occasions, giving the NFTs more exposure to those with deep pockets.

As NFTs enter the mainstream, more and more influencers are looking to join the Bored Ape Yacht Club. This raises the question of how many of the current purchases have been organic or instead a modestly priced marketing stunt. For those holding Bored Ape NFTs, it probably doesn’t matter; floor prices are at an all-time high, and with several big names aping in, many are hoping the upward trajectory will continue.

BREAKING: Square rebrands to Block as focus shifts to blockchain

US bobsledder feels the Bitcoin rhythm and orange pills his…