The Cardano founder also used his talk to slam networks that “purport to be decentralized.” 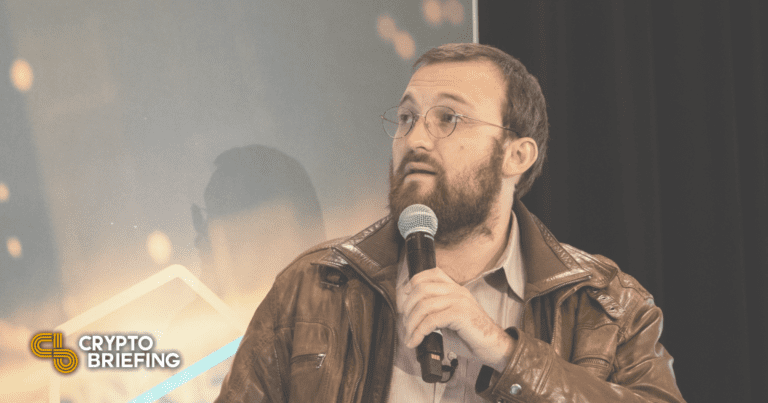 On Christmas Eve, Cardano founder Charles Hoskinson posted a 30-minute Youtube video where he reviewed some of Cardano’s greatest achievements for 2021 and shared some of its biggest plans for next year.

In a 30-minute Christmas Eve talk on YouTube, Cardano founder Charles Hoskinson reflected on the present state of the industry, the Cardano network, and some of the project’s plans for next year.

“There was a tweet from 2020 where I said, ‘I predict by next year we’ll have thousands of dApps and hundreds of assets on Cardano,’ and I got it wrong in both directions,” said Hoskinson.

According to him, instead of hundreds, there are now over two million assets issued on the Cardano network, the majority of which are reportedly NFTs. Concerning the expansion of decentralized applications (dApps) on the network, however, Hoskinson said, “we have yet to see significant traction there.” He claimed that this was due to the delayed release of the Goguen update, which introduced smart contracts to the network.

Cardano introduced smart contract functionality on the mainnet with the Alonzo hard fork on Sep. 12. However, Minswap, the first decentralized exchange to launch on the network, faced immediate scaling troubles due to a so-called concurrency issue.

In simple terms, concurrency refers to the ability for multiple different agents to interact with the same smart contract at the same time. Cardano’s EUTXO-based design has made it difficult for developers to build scalable decentralized applications on the protocol due to this issue.

While Hoskinson has claimed on Twitter that “there is no concurrency issue” and that the problem is “completely made up,” the network is yet to see any meaningful DeFi activity. Several projects have delayed launching on the mainnet due to concurrency. Despite this, Hoskinson argued that 2021 had been a great year for Cardano in terms of adoption. “We’re looking at two million people” and “thousands of developers” using and building on Cardano, he claimed.

Some of Cardano’s plans for next year involve building up the institutions that hold up the network and expanding its adoption across Africa. “Next year, what’s going to happen is that a formal open-source structure is going to be formed, kind of like Hyperledger to Linux, and we’re going to see many institutions wired in,” said Hoskinson.

As for the expansion in Africa, the goal is for Cardano to build all the necessary tools for accessible and compliant peer-to-peer lending on-chain. One of the consequences of this would be completely circumventing the banking system in Africa, which Hoskinson argues at times “is tremendously predatory and enables some of the worst people alive to stay in power.”

Hoskinson also had several negative things to say concerning some of the trends and the competing projects in the space. Speaking about the current state of the industry, he said:

“Decentralization, that’s what we were promised, and what did we get? Pictures of rocks that sell for million dollars, buzzword buzzword buzzword, networks that purport to be decentralized but when they stop working, somebody kicks them to restart them.”

While he didn’t name any names, his comment was likely directed towards Solana, a smart contract blockchain that experienced multiple network disruptions over the last year. In September, for instance, it suffered an incident where the network went offline for 18 hours, and validators had to assemble and “restart” the network to get it up and running again.

According to Hoskinson, this and the billions of dollars lost due to hacks, bugs, and theft in DeFi were due to a prevailing industry mentality “that it is better to be first than best.” Cardano markets itself as the first blockchain protocol based on rigorous peer-reviewed academic research. Due to this approach, Cardano has often been critiqued by industry pundits for being slow to release new features.

Disclaimer: At the time of writing, the author of this feature owned ETH and several other cryptocurrencies.