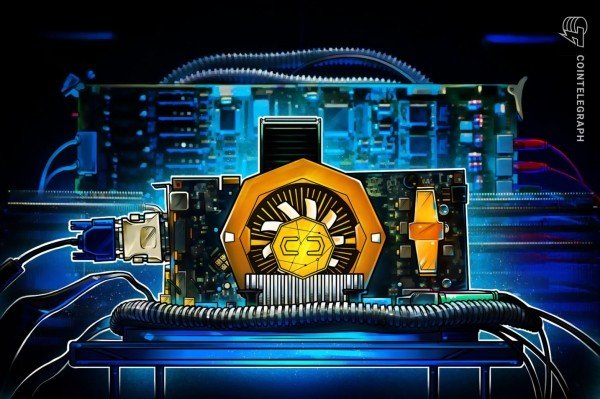 As the Ethereum network’s move to a proof-of-stake (PoS) consensus mechanism drives adoption from institutional investors, the prices for graphics processing units (GPUs), often used for mining cryptocurrencies like Ether (ETH), have gone down in China.

Following the historic Ethereum Merge on Sept. 15, the previously highly sought-out Nvidia GeForce GPUs have become significantly cheaper, according to a report by the South China Morning Post. Peng, a Chinese merchant, gave the RTX 3080 as an example as the GPU’s price dropped from $1118, or 8,000 yuan, to 5,000 yuan within three months.

According to Peng, when Bitcoin (BTC) mining was at its peak in China, mining companies were doing GPU shopping sprees. But at the moment, the merchant said that no one is buying new computers, let alone new GPUs.

Another merchant called Liu also highlighted that low-end RTX 3080 cards from manufacturers like MSI also dropped by around 2,000 yuan compared to prices two months ago. According to Liu, this may be highly influenced by the hype surrounding the Ethereum Merge.

The in-store merchants are not the only ones affected by lower demand. Online shopping platforms Taobao and JD have also shown declining prices of GPUs. RTX 3080 cards on these websites have slowly gone down in prices by a few hundred yuans compared to their prices three months ago.

Related: Possession of Bitcoin still legal in China despite the ban, lawyer says

After the Ethereum Merge, the blockchain transitioned from its energy-intensive proof-of-work (PoW) mechanism to the PoS layer called the Beacon Chain. With this, miners that used to process transactions and produce blocks are replaced by ecosystem participants who would stake ETH to become the new validators of the network.

Meanwhile, a PoW fork called ETHPoW, went live as the Merge commenced. However, despite its attempts to retain the PoW consensus, it suffered technical issues when it launched, lowering the price of its ETHW token by 65%.