A rare “tiara” CryptoPunk NFT just sold for 4.44 ETH. The cheapest one on the market is listed for over $1.5 million. 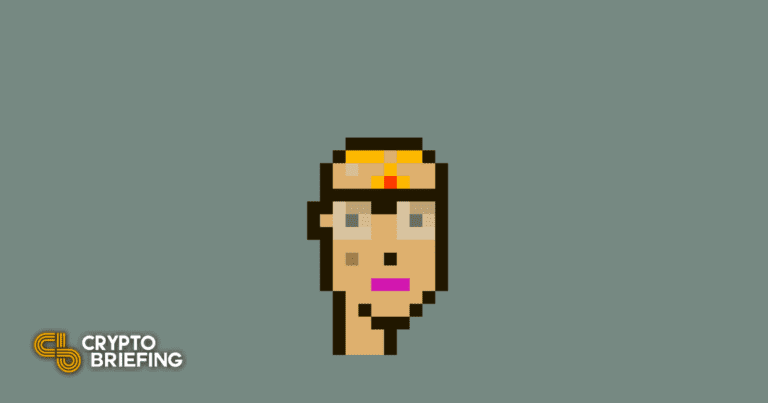 It’s suspected that the buyer bribed a miner to obtain the NFT immediately after it was listed at the wrong price.

Someone just sniped a rare CryptoPunk NFT for a tiny fraction of its market value.

It’s one of the rarest pieces in Larva Labs’ CryptoPunks series, one of Ethereum’s most coveted and valuable NFT collections. Every CryptoPunk character has traits that differentiate it from the others in the collection. Punk #7557 is one of only 55 characters in the collection of 10,000 that wears a tiara, which also makes it one of the most valuable pieces. The last tiara punk sale closed at 196.69 ETH, worth just under $828,000, last week. In August, several sold for between 150 ETH and 275 ETH.

Despite the relatively low sale price, Punk #7557 is not significantly less valuable than other tiara punks. In fact, it last sold for just under 60 ETH in July—a typical price for a CryptoPunk NFT at the time—and has received several offers of upwards of $1 million since then. Data from Etherscan shows that the buyer paid a 3.33 ETH premium for their transaction to an f2pool miner (miners typically receive significantly less ETH as tips for processing transactions). As the Twitter user bigshades.eth noted, this is likely because they used Flashbots and wanted to bribe the miner to reorder their transaction so that the bid went through as soon as the NFT was listed. It’s possible that the NFT’s owner mistakenly listed the token for 4.44 ETH rather than 444 ETH, which would be a closer price to the others on the market. As transactions on Ethereum are irreversible, the seller would have been unable to prevent the sale once the miner added the transaction to the block.

Interestingly, the buyer’s Ethereum wallet shows that they have placed bids on CryptoPunks on several occasions in recent months. In September, they placed a bid of only 1 wei on one of the NFTs. With transaction fees included, the buyer spent a total of around 7.8 ETH to get the NFT. There are currently only four tiara punks for sale on the Larva Labs marketplace—the cheapest one is listed for 350 ETH, about $1.52 million.

The Punk #7557 sale is not the only surprising CryptoPunks sale of recent weeks. Last week, a rare “wild white hair” punk appeared to sell for over $500 million after the buyer used a flash loan to wash trade the NFT. Many CryptoPunks have sold for seven figures or more since Visa announced it had bought its own piece back in September. The payments giant paid the equivalent of $150,000 in Ethereum for its punk, sparking a price surge across the collection and media reports in mainstream news outlets worldwide.

Editor’s note: The article has been updated after it incorrectly claimed that Visa bought a tiara punk. In fact, Visa bought punk 7610.

Bitcoin celebrates halfway to the halving with new hash rate…