Stablecoin regulations and the launch of a digital euro seem to be ranking at the top of the European central bank’s list of priorities. 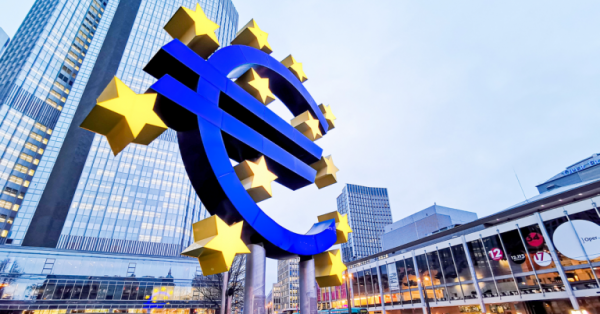 In 2018, when she was the Managing Director of the International Monetary Fund (IMF), Christine Lagarde first teased crypto-enthusiasts with a possibility of greater inclusion in the future.

As the President of ECB, she is looking to protect the sovereignty of central banks by keeping up with the demand for digitalization. In the introductory speech at the Franco-German Parliamentary Assembly on Sept. 21, Lagarde reaffirmed ECB’s plans to launch a digital currency.

“A digital euro could be a complement to, not a substitute for, cash; it could provide an alternative to private digital currencies and ensure that sovereign money remains at the core of European payment systems,” she said.

Lagarde has expressed similar views on many occasions in the past.

The Crypto-Assets Task Force under the ECB has published a report addressing the implication, definition, and threat that comes with the widespread use of stablecoins.

Not all stablecoins are backed by fiat with a 1:1 ratio. Maker’s DAI, for instance, is not even backed by the fiat it represents. Instead, the token trends toward $1 by holding collateral in the form of other cryptocurrencies.

Hence, the report states that the terminology of stablecoin is “misleading.”

The definition of these assets “should be replaced by a choice of terminology to shift the emphasis away from the issuer’s promise of stability,” according to the report.

The Task Force sees the tokens’ utility from three perspectives.

First, as a medium to aid cryptocurrency trading, second, as a mode of payment, and lastly, as a store of value. While the report reveals that stablecoins used in trading haven’t been problematic, the increasing use of payments and wealth protection threatens capital flight from central banks to private or public domains.

Meanwhile, both domains are already well on their way, experimenting with various possibilities.

Recently, a French startup began work on a Central Bank Digital Currency (CBDC) using Tezos for France’s national bank. The CBDC would be pegged to the euro.

While China is leading with the world’s first digital currency built on blockchain, about 45 countries worldwide are in pursuit of launching similar initiatives. Just yesterday, financial regulators in the U.S. announced that they would allow banks to hold fiat deposits for stablecoin issuers.

The move by the authorities represents their fear of losing capital control to private institutions with the rise of stablecoin supply.

Michael Venuto’s firm provides unique ETFs that have returned as much as 60% for investors this year. He breaks down his process — and shares the ‘anomaly’ investors need to watch today.

Binance to cease crypto futures and options in Australia