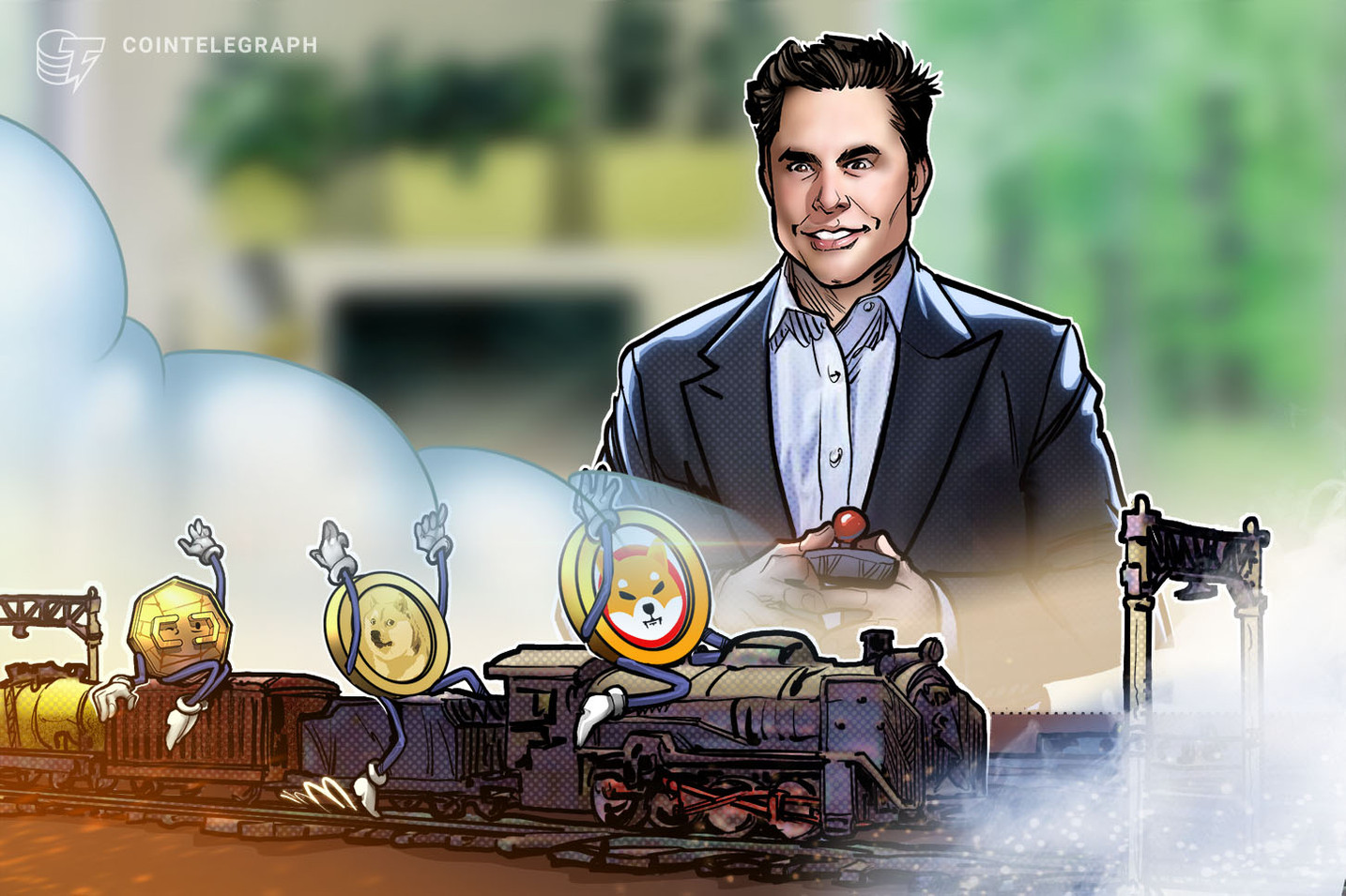 A so-called meme cryptocurrency named after Tesla and SpaceX CEO Elon Musk is rising in value, namely by a whopping 3,780% in October.

The massive upside move pushed Dogelon Mars’ market cap from around $26 million on Oct. 1 to as high as $1.19 billion on Oct. 30, thus making MUSK the 92nd-largest cryptocurrency in the world by market capitalization.

What launched ELON price to the moon?

A major portion of ELON’s October gains came from its performance on Oct. 29 and 30, when the token rallied by more than 200% alongside a listing on OKEx and Crypto.com on Oct. 29.

Most notable is Shiba Inu (SHIB), a Dogecoin-inspired joke cryptocurrency, which rose by more than 850% in October to attain a market cap of around $38.50 billion and even surpassing Dogecoin itself.

Similarly, Samoyedcoin (SAMO) surged by around 2,925% to reach a market valuation of around $458 million. Hoge Finance’s (HOGE) rallied by 2,923% in October to become a $458 million asset in comparison to $15 million at the beginning of this month.

“Whenever one of these coins starts to pump a little bit, everyone starts to think this could be the next nonsensical rally,” Eric Wall, chief investment officer of cryptocurrency investment firm Arcane Assets, told the Wall Street Journal.

“It’s a casino, and it’s more fun than a roulette table.”

The Dogelon Mars price corrected by almost 30% after topping out for the year at $0.00000233. In doing so, it formed a parallel descending channel that appeared like a Bull Flag, a bullish continuation indicator.

Bull Flags appear as the price consolidates lower after a strong move upside, known as Flagpole. Typically, traders anticipate the price to break above the Flag’s upper trendline and rise by as much as the Flagpole’s height afterward.

Conversely, if the price breaks below the Flag’s lower trendline, accompanied by strong volumes, then it risks invalidating the entire bullish setup. Should it happen, ELON may fall towards its 50-hour exponential moving average (the velvet wave) around $0.00000140.