The high amount of ETH transfers just a month prior to the Merge generated community curiosity, with some claiming it to be a dump while others believe it could be done for staking. 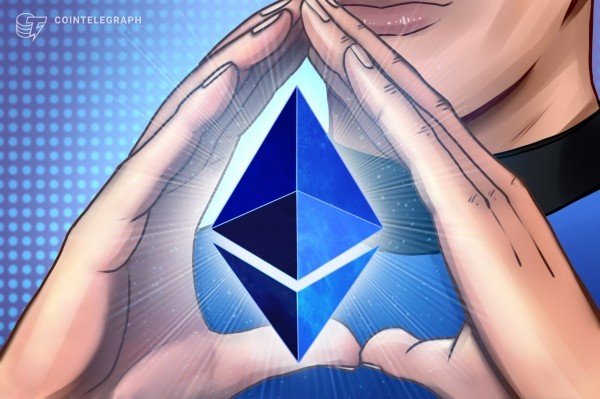 An Ethereum (ETH) whale wallet that participated in the Genesis Initial Coin Offering (ICO) and obtained about $150,000  in 2014 was activated again on Aug. 14 after three years of dormancy.

The whale address transferred 145,000 ETH to multiple wallets as Ether price surged to a new 3-month high of over $2,000. The transfers were made in a batch of 5,000 ETH per transaction and a few transfers of over 10,000 ETH.  The total value of the transferred ETH is over $280 million, and the wallet address currently has a balance of 0.107 ETH.

The 145,000 ETH transfer was only the second instance after the ICO when the whale wallet was activated, the first coming in July 2019 when the wallet sent out 5,000 ETH to Bitfinex3 exchange with ETH trading at $219, and the value of the whole transaction was just over a million dollars.

The movement of such a high amount of ETH attracted community reactions, with many claiming it could be a possible dump before the Merge, the official transition of the current Proof of Work (PoW) based blockchain to a  proof-of-stake (PoS) one. However, it is important to note that most transactions are to unknown wallets rather than an exchange.

Even if the whale eventually decides to dump their 145,000 ETH, a $250 million selling pressure isn’t considered significant enough to initiate a market dump. A few others believe that the whale might be trying to stake their ETH to become a validator on the PoS network and generate passive income.

Ethereum’s transition to a PoS-based network is slated for September 15 after a successful merge of the Goerli testnet to the Beacon chain(PoS chain activated in 2020), the final rehearsal before the official transition.

Related: 3 cryptocurrencies that stand to outperform ETH price thanks to Ethereum’s Merge

The Merge in September 2022 is considered one of the most significant upgrades for the second largest cryptocurrency since its inception in 2015. The three-phase transition process began in 2020, and after several delays and testnet integration, it is all set for the official PoS transition in the third week of September.

The U.S. Government Has Over $4.4B in Bitcoin It Could Dump…

Avoteo has Successfully Completed its $300K Private Round…