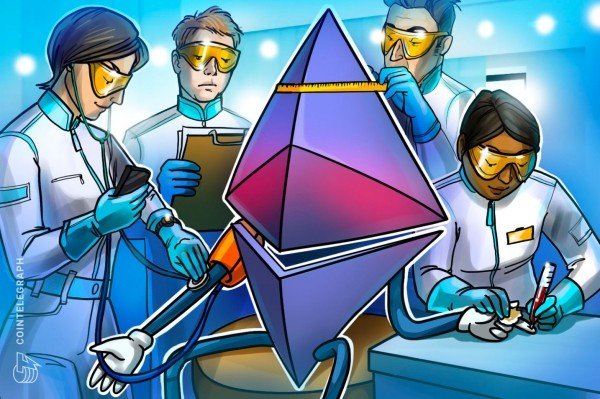 Ethereum’s native token Ether (ETH) rose by more than 5% to reach its intraday high above $1,930 on May 30. Nonetheless, the ETH/USD pair risks facing another sell-off round due to concerns about a massive ETH inflow into an exchange.

58.7K Ether transferred to FTX in May

On May 30, the Ether address allegedly associated with Three Arrow Capital — a Singapore-based crypto hedge fund, sent 32,000 ETH worth $60 million to the FTX crypto exchange within a span of an hour, on-chain data shows.

The bulk transfer, which follows the fund’s 26,700 ETH deposit to the same exchange earlier in May, raised suspicions that it would dump the Ether stash. That is primarily because, in theory, investors transfer crypto to their exchange wallets only when they want to sell them for other assets.

Nonetheless, the number of Ether held by exchanges continued to drop in May, according to on-chain data tracked by Glassnode.

The ETH balance across all the crypto exchanges dropped from 20.45 million to 20.38 million month-to-date (MTD), underscoring that investors are holding their investments for the long term.

Three Arrow’s massive Ether transfer to FTX coincides with ETH testing a critical support-turned-resistance level near $1,920 for a breakout, as shown below.

Simultaneously, Ether’s relative strength index is near its “overbought” threshold of 70, which as a rule of technical analysis tends to precede a sell-off. In other words, ETH could consolidate around $1,920 in the coming days before pulling back to its rising trendline support near $1,850.

Conversely, a decisive move above the $1,920-level, accompanied by a rise in trading volumes, could trigger a long-term upside setup shared by “Wolf,” a pseudonymous market analyst, as shown below.

The setup showcases the levels around $1,820 as support in a so-called accumulation range, with $4,000 serving as resistance on the other end. Wolf noted that the price could rally toward $4,000 “a few months from the Merge,” a highly-awaited upgrade that would make Ethereum a proof-of-stake protocol.

Solv Raises Over $4 Million in Series A Round to Bring…