BitMEX, too, highlighted the need for a complete redevelopment of Flashbots or a similar system to mitigate unforeseen complications in an era after the Merge. 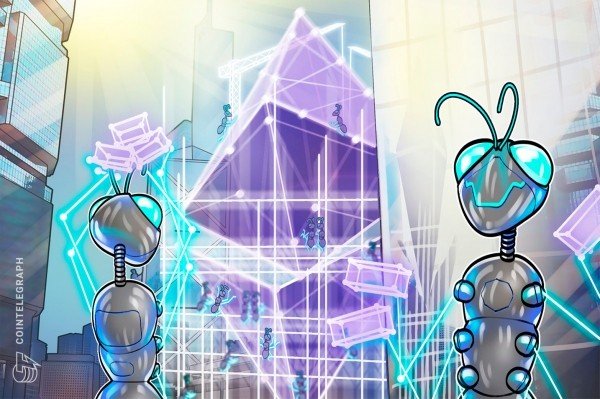 Following the completion of The Merge upgrade, Ethereum (ETH) transitioned into a proof-of-stake (PoS) consensus mechanism, helping the blockchain become energy efficient and secure. However, mining data reveals Ethereum’s heavy reliance on Flashbots — a single server — for building blocks, raising concerns over a single point of failure for the ecosystem.

As shown above, out of the lot, 82.77% of all relay blocks have been found to be built by Flashbots alone — contributing heavily to Ethereum centralization.

A related blog from BitMEX highlighted the need for a complete redevelopment of Flashbots or a similar system to mitigate unforeseen complications in an era after the Merge. However, Flashbots proponents argue that the system is a decentralized autonomous organization (DAO) and will eventually become decentralized itself.

Complementing the data related to Flashbots’ dominance, an analysis from Santiment indicated that 46.15% of Ethereum’s PoS nodes are controlled by only two addresses.

“Since the successful completion of the Merge, the majority of the blocks — somewhere around 40% or more — have been built by two addresses belonging to Lido and Coinbase. It isn’t ideal to see more than 40% of blocks being settled by two providers, particularly one that is a centralized service provider (Coinbase),” explained Ryan Rasmussen, crypto research analyst at Bitwise.

What’s next for Bitcoin and the crypto market now that the Ethereum Merge is over?

China accounts for 84% of all blockchain patent…

Bitcoin price flash crashes by 87% to $8K on Binance.US