Daniele Sestagalli’s “Frog Nation” is in panic as Wonderland’s TIME token has sunk below its intrinsic value. 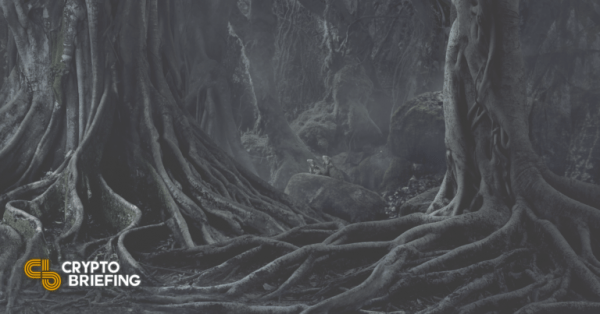 Cascading liquidations have pulled TIME below its supposed intrinsic value.

On-chain data suggests that the reason for the sudden price drop is a cascade of liquidations triggered by the broader decline of cryptocurrency prices. Due to the disproportionately high leverage many TIME holders take on, the broader drop in crypto valuations has hit the Wonderland protocol harder than most.

While Bitcoin and Ethereum are currently trading 45% and 48% down from their respective highs, TIME is down roughly 95%, marking a significant drop in price from $10,000 to around $500 at the time of writing.

In decentralized finance, liquidations typically occur when traders cannot repay their loans on time, and the protocols automatically liquidate or sell their collateralized assets. In Wonderland’s case, TIME holders typically stake their tokens for rebasing and yield-bearing MEMO tokens. They can then use the tokens they earn as collateral to borrow the MIM stablecoin.

To further increase yields, MEMO holders can use their borrowed MIM tokens to buy more MEMO, use that as collateral to borrow more MIM, and repeat the process multiple times, increasing the leverage with every subsequent loop. However, when leverage is so high, small downward moves in MEMO’s price can trigger liquidations. Wonderland typically responds to this by selling MEMO to cover the loans, further increasing the selling pressure on the token and triggering cascading liquidations.

Wonderland’s TIME tokens are issued against and backed by a basket of assets, which theoretically give the tokens some intrinsic value. This means that if the price of TIME or MEMO dropped below the backing price, the protocol would use the treasury assets to buy back the tokens and bring them back to their “fair value.” Following the liquidation cascade, the pseudonymous Wonderland developer Sifu pledged to use the treasury’s funds to rebuy MEMO in Wonderland’s Discord server.

Many MEMO holders used the token’s backing price as a reference point when adjusting their liquidation price on the assumption that the protocol would step in and protect the token’s price from falling past that point. However, despite the $5 million buyback conducted by the project’s developers this morning, MEMO continued trading at a significant discount to its intrinsic value, further fueling the liquidation cascade.

In addition, Sestagalli’s decision to switch his Twitter account to private after hitting 300,000 followers on Monday only added fuel to the fire. Following this morning’s crash, Sestagalli switched his account back to public and addressed the situation, noting that he’s “working on reestablishing everything to normal.”

Wonderland’s MEMO token is still trading at a significant discount to its backing.

Disclosure: At the time of writing, the author of this feature held ETH, ICE, and several other cryptocurrencies.

BIS to Explore Potential Advantages of Defi on Small & Medium Enterprises in H.K.

Vitalik Buterin: Ethereum Will Likely Never Be Much Faster

Virtual land in the Metaverse dominated NFT sales over past…