Bitcoin miners face a shakeout, one metric warns as the November monthly close looms for BTC. 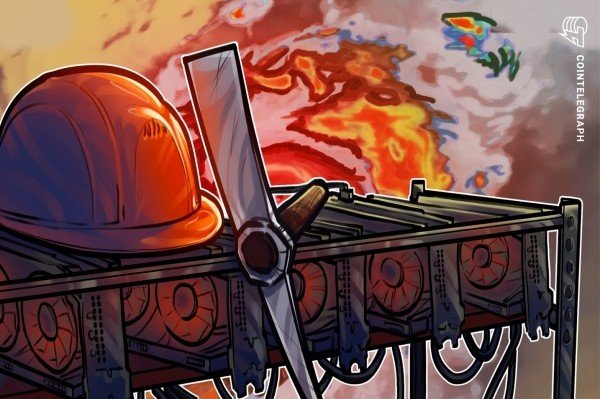 Bitcoin (BTC) prepares to exit a grim November just above $16,000 — what could be on the menu for BTC price this week?

In a time of what analyst Willy Woo has called “unprecedented deleveraging,” Bitcoin is far from out of the woods after losing over 20% this month.

The impact of the FTX implosion remains unknown, and warning signs continue to flow in even after the first wave of crypto business bankruptcies.

In particular this week, eyes are on miners, who are seeing profits squeezed by falling spot prices and surging hash rates.

Upheaval is in the air, and should another “capitulation” among miners occur, the entire ecosystem could be in for a further shock.

As “max pain” looms for the average hodler, Cointelegraph takes a look at some of the main factors affecting BTC/USD in the short term.

Like others, Bitcoin miners are seeing a major squeeze when it comes to selling accumulated BTC at a profit.

It remains to be seen exactly how much financial pain the average miner is in, but one classic metric is preparing to call “capitulation” once more.

Just months after the last such period, Hash Ribbons is warning that conditions are again becoming unsustainable.

For Kripto Mevismi, a contributor to on-chain analytics platform CryptoQuant, the time is approaching for the former to reappear.

“So right now bitcoin difficulty is really high for miners so that means; costs are getting higher and doing business in this kind of environment is getting harder,” he wrote in a blog post:

“That’s why miners do not work in full force. If they have efficient- new generation mining machines, they put them into work but that’s all. Inflation is high and people feels effect of living costs, bitcoin price is declining, mining cost and difficulty is getting higher. Tough environment for miners.”

Kripto Mevismi added that a significant change in mining difficulty could help the situation.

Estimates from BTC.com for the next adjustment on Dec. 6 put the difficulty drop at 6.4% at the time of writing. Should it go to fruition, it will be the largest such drop since July 2021.

BTC.com and others likewise estimate that hash rate is now declining from record levels as miners wind down operations.

BTC/USD managed to stave off significant weekly losses at the latest candle close on Nov. 27.

At around $16,400, the weekly close was a whisker higher than the previous week, with the pair still circling two-year lows, data from Cointelegraph Markets Pro and TradingView shows.

With a lack of volatility characterizing intraday price action, traders and analysts remain cautious about the next step.

“It’s a long holiday weekend so expect things to get interesting as we move towards the Weekly and Monthly close,” on-chain analytics resource Material Indicators wrote in part of a tweet last week.

A subsequent post reiterated that the Nov. 30 close would likely spark fresh instability, with BTC/USD currently 21.25% down versus the start of the month.

On shorter timeframes, popular trader Crypto Tony, meanwhile, highlighted $16,000 as a key zone to flip for higher levels to enter next, while keeping mindful of the longer-term trend.

“Lower highs along with consolidating below a major resistance zone. If you want to enter safely, wait for a flip of the lows,” he summarized at the weekend.

As Cointelegraph extensively reported, Bitcoin’s next bear market bottom is the discussion point of the moment at present, and certain targets have become more popular than others.

One vocal commentator calling for further downside, Il Capo of Crypto, thus reiterated his opinion that $12,000 could be next for BTC/USD.

Highlighting the relationship between perpetual futures trading volume and spot price, he warned that the current market structure was not supportive of further gains.

Under the Bitcoin sea, hodlers accumulate

Big or small, the population of the Bitcoin ecosystem is “aggressively” adding to its BTC exposure this month.

In a positive sign for a future supply squeeze — where demand comes up against a larger portion of illiquid supply — accumulation appears to be gathering pace.

According to on-chain analytics firm Glassnode, it is retail investors mostly responsible for the current trend.

The smaller investors, referred to variously as “crabs” and “shrimps” depending on wallet balance, are increasing in numbers.

“Bitcoin Shrimps (showed in a Twitter thread about the phenomenon.

As Cointelegraph reported, part of the increase in smaller wallet numbers could be down to exchange users withdrawing funds to private storage.

For Willy Woo, the analyst behind popular statistics resource Woobull, on-chain metrics are pointing to Bitcoin’s next macro bottom being imminent.

Highlighting three of them this weekend, Woo showed that for all intents and purposes, Bitcoin is behaving exactly as it did in the pit of previous bear markets.

The portion of the BTC supply held at an unrealized loss, for example, is approaching macro lows, a phenomenon covered by the “Max Pain” model.

“Bitcoin bottom is getting close under the Max Pain model. Historically BTC price reaches macro cycle bottoms when 58%-61% of coins are underwater (orange). Green shading adjusts for the coins locked up inside GBTC Trust,” Woo explained alongside a chart.

Continuing, he noted that the MVRV Ratio value for BTC/USD is also targeting a “buy” zone, which has historically given investors maximum profit potential.

MVRV is Bitcoin’s market cap divided by realized cap — the aggregate price at which each Bitcoin last moved. The resulting number has delivered buy and sell zones corresponding to price extremes.

“Under this signal we were in already bottoming (1) until the latest FTX white swan debacle brought us back into a buy zone (2).”

“Use these charts at your own discretion, we are in an unprecedented time of deleveraging,” he added, cautioning that “Past cycles do not necessarily reflect future ones.”

Some key economic data from the United States is due this week, but crypto analysts are more focused on China.

With an already fragile status quo hanging on inflation trends, unrest in the world’s factories could unsettle market performance, some warn.

China is in the grip of a wave of protests against the government’s policy on COVID-19, with multiple cities defying lockdowns to demand an end to “COVID zero.”

With this in mind, risk assets could be in for a rough ride if the situation spirals out of control.

“If this is lost, I’d expect new lows to be seen on the markets, probably depending on China & FTX contagion this week.”

Even mainstream media were warning of potential repercussions on the day, with John Toro, head of trading at exchange Independent Reserve, telling Bloomberg that “elevated contagion risk is being profiled into the cryptocurrency complex.”

Asian stock markets were modestly down on the day, with Hong Kong’s Hang Seng and the Shanghai Composite Index down 1.6% and 0.75%, respectively, at the time of writing.

On a related macro note, Bitcoin is now in line for “outperformance” in U.S. dollar terms, one well-known analyst has said.

In WTI crude oil terms, BTC price action is already at a macro low — and history calls for a resurgence, which includes a significant appreciation trend against the USD.

“We’re finally at channel bottom,” TechDev confirmed over the weekend:

An accompanying chart drew specific parallels to Bitcoin’s performance at the pit of the last bear market in late 2018.

As Cointelegraph reported, meanwhile, TechDev is far from the only voice calling for an upside to characterize BTC price action going into the new year.

The views, thoughts and opinions expressed here are the authors’ alone and do not necessarily reflect or represent the views and opinions of Cointelegraph.

Meaningless and weak: Debunking the ‘Bitcoiners are…

Report on Kwon’s Escape to Dubai in Sept is True:…