A Dutch artist has made a collection of NFTs numbered up to 7.9 billion — the same amount of people in the world — as a social experiment. 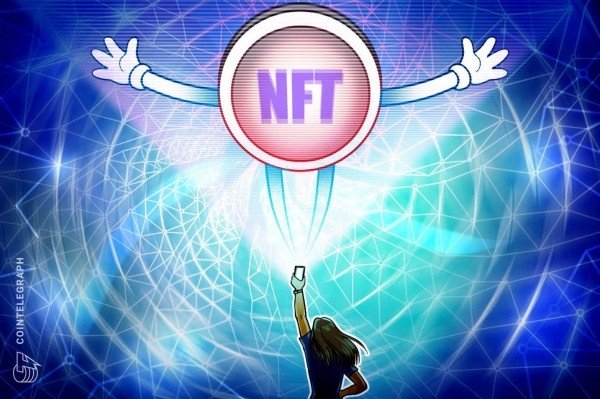 The collection, named CryptoGreymen, is on the Polygon (MATIC) Ethereum scaling network. Although each NFT is identical, they will be assigned a serial number of up to 7.9 billion to reflect the number of humans currently estimated to be living on the Earth.

“No one specific NFT is better than another, and because the minting price is widely accessible it will be interesting to see what value each individual CryptoGreyman holder brings.”

Each item is a pixelated copy of the Greyman which Dadara created in the 1990s.

Early minters of the Pixelmon NFT collection got hit with a collective case of buyer’s remorse when the project revealed the finalized art for the project over the weekend.

Each NFT was minted for three Ether (ETH) worth about $2,900 today, but the floor price of the collection on the OpenSea NFT marketplace is currently 0.36 ETH ($1,051) at the time of writing. In total, the project raised about $70 million.

After the launch, there were immediate cries that the project had pulled the rug on investors due to the subpar artistic quality of the pieces in the collection.

The roadmap revealed ahead of time displayed sharp, crisp art for each character in the collection which will become a game. Investors may have expected their NFTs to contain similar artistic qualities.

However, the actual art for the NFTs varied greatly in style. They are heavily pixelated versions of the characters depicted in the roadmap, with the Kevin character being so bad that it has become a meme in the NFT community.

NFTs of future art on sale

SuperWorld Artist Gabrel Dean Roberts has put 120 original works of art on sale as an NFT collection. However, the catch is that the art has not yet been created.

$150 million Omega collection includes Roberts’s future work over the next decade, a custom-designed Rolls Royce Ghost which Roberts designed, one million trees planted, and $1 million to Doctors Without Borders.

The collection is being sold on the SuperWorld Metaverse and NFT marketplace.

Roberts said in the official Feb. 28 announcement that the collection has been designed to be “the highest value NFT ever sold or resold.”

“At 50,000 Ethereum, Omega will disrupt the art world and change the way people see smart contracts as a tool.”

The round was led by Newman Capital, Soul Capital, Kenetic, Sparks Digital Capital, and others. Gemie is expected to announce its first celebrity to onboard to the project in Q2 2022.

CEO of Gemie John Fund said in an official statement on Feb. 28 that he hopes to bring the Asia entertainment industry into the Web3 world by embracing a “new virtual way of fan engagement.”

The South Korean government unveiled a new initiative on Feb. 27 to sponsor the construction and growth of a national Metaverse. The Ministry of ICT, Science, and Future Planning pledged $186.7 million for the expansion of technological, creative, industrial, and commercial efforts on the Metaverse to help stimulate global economic growth.

Japanese e-commerce giant Rakuten will launch its own NFT marketplace called Rakuten NFT. The marketplace will host a platform where property owners can create their own websites made for issuing and selling their property as NFTs.

What Went Wrong at Sushi? Unpacking the DeFi Project’s…