The developer of Super Mario and Pokemon franchises cares more about providing a good experience for its players than winning a console race. 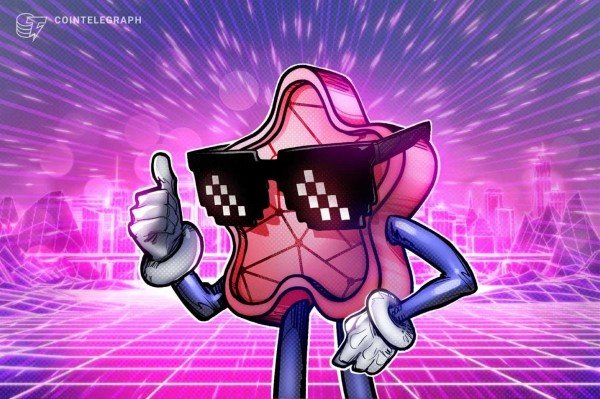 After releasing its latest financial results report, Nintendo held a live Q&A where they reportedly expressed “interest” in the “potential” of the Metaverse when it comes to introducing blockchain and nonfungible token (NFT) technology into their video games.

David Gibson, senior analyst at MST Financial, asked in a tweet what the Japanese gaming giant thought about the Metaverse and NFTs, and they confirmed that they are not currently working on anything but are still defining what they could offer gamers.

It is notable that Nintendo’s main concern is “what joy we can provide” to players and fans. They are clearly being cautious about any potential introduction of NFTs or integrations within metaverses. These words from the makers of the Pokemon and Zelda franchises come at at time when other major video game companies and consoles are experimenting with blockchain gaming.

So far, Ubisoft has developed an NFT platform called Ubisoft Quartz, and Konami, the maker of Castlevania, released its own NFT collection. Meanwhile, Microsoft acquired Activision Blizzard for $69 billion and confirmed that Xbox will work on the development of metaverse platforms.

Ubisoft’s introduction of Quartz and Digits, however, has been met with considerable backlash from its community and recently, Ubisoft executive Nicolas Pouard suggested that gamers may not yet fully understand the benefits of NFTs.

Related: 5 NFT-based blockchain games that could soar in 2022

During the financial briefing, Nintendo announced a 2.5% profit loss for the nine months through December as shortages of computer chips hurt production.

SHIB Beats DOGE, Leaping at No. 9 Ranking of Market Value

Federal agents are investigating another teen suspect in…