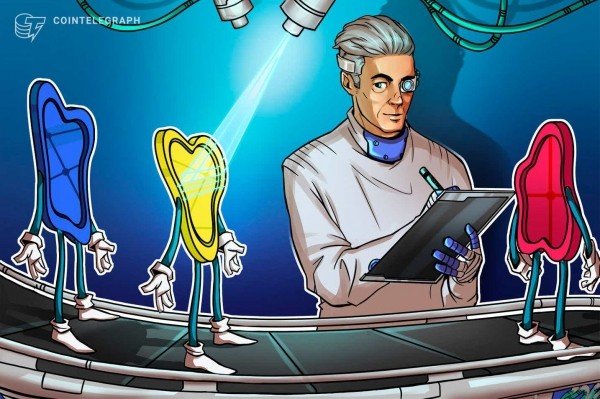 For many years, OpenSea banned the CryptoPunks v1 collection as users shunned their authenticity. However, the collection’s recent listing on competing NFT platforms, such as LooksRare, led to an increase in recognition and led OpenSea to rescind its first ban. At the time of publication, the wrapped CryptoPunks v1 collection had surpassed 315.44 Ether (ETH) ($974,000) in total volume traded and continues to operate.

But the battle for the authenticity of the NFT collection appears to be heating up. In an announcement posted in the official CryptoPunks v1 Discord, developer Velinova.eth alleges that they’ve spoken with a “top-tier IP attorney from the U.S.” who claims they are “lawfully able to carry on in the trade of these CryptoPunks.” Meanwhile, the community is preparing a counter-notice to the OpenSea takedown. On top of that, its NFT holders have chosen to rename the collection to “CryptoPunks V1 313 WPV1,” partly to reflect the NFTs’ wrapped nature for patching up the aforementioned bug.

The issue of CryptoPunks’ authenticity may have significant financial consequences. With a total of 824,947.17 ETH traded ($2.55 billion), CryptoPunks v2 is the most popular NFT collection globally. However, a part of the collection’s high demand stems from its scarcity as its supply is fixed at 10,000 Punks. If another 10,000 images from CrptoPunks v1 are legitimized, it could potentially dilute the brand, leading to a rapid decrease in the NFTs’ price.

Metaverse That Doesn’t Exist Yet Bags $70M in Ethereum

Rising Adoption of Crypto Will Not Gurantee Increase Prices:…