“Parody” Token Struck Down by Estate of J.R.R. Tolkien

International IP laws have been invoked to shut down a cryptocurrency. 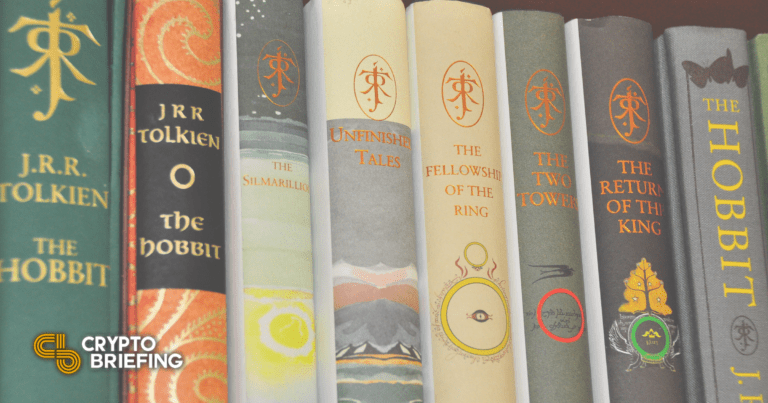 The Estate of J.R.R. Tolkien, author of The Lord of the Rings and The Hobbit, has successfully won the intellectual property case it had filed against the developer of the JRR Token cryptocurrency. As a result, the Estate has won ownership of the project’s domain name and the developer will be required to delete infringing content.

The Estate of J.R.R. Tolkien has won its intellectual property dispute against the developer of the JRR Token cryptocurrency, whom it accused of trademark infringement.

The JRR Token ($JRR) was launched in August of this year; the day after its launch, the Estate filed a complaint with the World Intellectual Property Organization (WIPO). The project was accused of trademark infringement for deliberately imitating the style and substance of Tolkien’s work; an example is that one of the token’s stated aims was to “organize the people towards a common goal of making JRR Token ‘The One Token That Rules Them All’”—phrasing quite similar to the famous line from The Lord of The Rings, “One ring to rule them all.”

The developer responded that the project was intended to be a parody rather than an act of bad faith and that the acronym “JRR” stood for “Journey through Risk to Reward” instead of John Ronald Reuel. Ultimately, the WIPO found that argument to be unpersuasive.

The Estate’s lawyers also accused the U.S. developer, who had to pay  “significant” legal costs as a result of the ruling, of designing the jrrtoken.com website in a misleading way that might lead people to think that it was legitimately connected with the author or franchise. The Estate has historically been rather litigious and protective of its trademarks from perceived infringement; the Estate solicitor, Steven Maier, also said that it was “continually monitoring activity in the cryptocurrency and NFT” spaces for such instances.

As a result of the decision, the Tolkien Estate has recovered the domain name JRRToken.com, the project can no longer operate under that name, and the developer is required to delete all infringing content. However, at the time of writing, the token itself still appeared on Binance Smart Chain’s BSCScan, with 516 holders and a market cap of $0.

The project has NFTs on OpenSea associated with it as well, and while these were not included in the case brought to WIPO, this likely has to do with the fact that they were minted after the Estate filed its complaint. While many of these NFTs have been sent to burn addresses, others are still owned by active addresses.

Disclosure: At the time of writing, the author of this piece owned BTC, ETH, and several other cryptocurrencies.

Terra founder Do Kwon shares plan to save the UST stablecoin…