Ripple CEO Brad Garlinghouse told attendees of the Paris Blockchain Week that the ongoing case with the SEC is going exceedingly well. 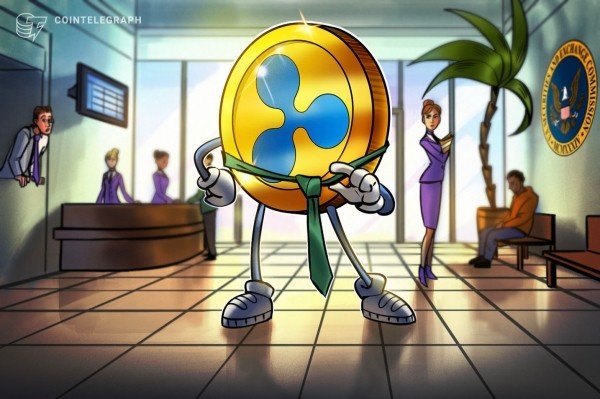 Ripple CEO Brad Garlinghouse is increasingly optimistic that the long-running case with the Securities and Exchange Commission (SEC) will deliver a positive result for the blockchain-based global payments company.

Speaking on the main stage at Paris Blockchain Week on Thursday, Garlinghouse told attendees of the fireside chat that Ripple’s defense in the ongoing case was faring better than he expected.

“The lawsuit has gone exceedingly well, and much better than I could have hoped when it began about 15 months ago.”

The SEC filed suit in 2020 against Ripple and its senior executives Brad Garlinghouse and Christian Larsen for selling unregistered securities in the form of XRP.

The comments come following a RippleNet community lawyer’s announcement that Ripple had secured a “very big win” against the SEC after Presiding Judge Sarah Netburn denied the SEC’s request to reconsider shielding documents under privilege. The documents were related to a speech delivered by former-SEC Director, William Hinman, where he specified that Bitcoin (BTC) and Ethereum (ETH) are not securities.

“This case is important, not just for Ripple; it’s important for the entire crypto industry in the United States,” said Garlinghouse.

He added that if Ripple were to lose the case, a precedent could be set that would see most tokens on cryptocurrency exchanges become recognized as “securities” by the SEC.

“If you determine XRP as a security of Ripple, we have to know every person that owns XRP,” he said. “That’s an SEC requirement. You have to know all of your shareholders. It’s not possible.”

However, a convincing Ripple victory could see the SEC take a step away from its aggressive pursuit of the crypto industry.

Stay up to date with Paris Blockchain Week with live updates from Cointelegraph. Check the first-day coverage here.  See the second-day reporting here.

How to get premium high-resolution metaverse and NFT images