SEC v. Ripple: Here’s how two 2012 memos can turn the tide in the milestone crypto case

We will soon know if Ripple’s executives were warned of the possibility of an SEC lawsuit ahead of XRP’s launch. 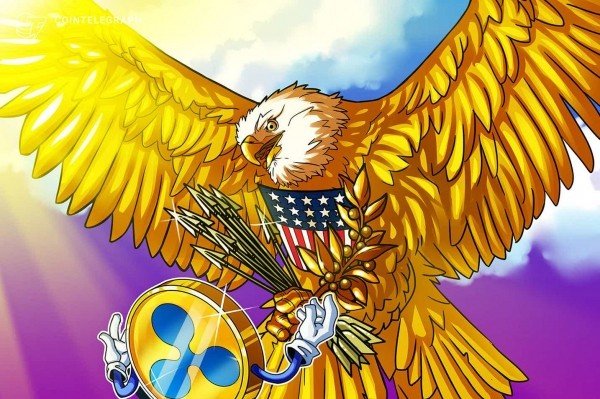 Ripple’s court battle with the United States Securities and Exchange Commission has recently seen new developments that, according to some observers, could foreshadow an impending resolution of this massively consequential case. Feb. 17 marks the deadline for Ripple to unseal a series of 2012 documents whose contents will likely sway the opinions of both the court and the public toward either one side or another. In another plot twist, the court’s decision to treat some of the SEC’s documents as open to discovery could set a groundbreaking precedent for similar cases involving U.S. executive agencies. Here is where things stand ahead of the next round of the showdown.

The SEC’s lawsuit against Ripple Labs Inc., filed on Dec. 23, 2020, alleges that the company raised upward of $1.3 billion by selling the XRP token without registering it as a security, which is what the agency considers it to be. Ripple’s argument is that XRP is a tool that facilitates international payments rather than an unregistered investment product and that the agency’s jurisdiction does not extend to the token and its sales.

This is not the first lawsuit against a digital asset issuer that the securities regulator has brought. However, the vast majority of such cases end in a settlement instead of going to trial. In this scenario, individual crypto firms yield to the SEC’s demands and pay penalties to be let go. The regulator’s case never reaches the stage where it can be scrutinized by a judge or a jury panel. No precedent for similar cases in the future is set.

Unlike many others, Ripple chose to go all the way and get into a legal fistfight. If the SEC scores a W, court precedent will reinforce the agency’s claim for regulating much of the crypto market using “tried and tested” securities laws. If Ripple prevails, the need for a more nuanced regulatory regime tailored to various types of digital assets will become more evident than ever. It goes without saying that the SEC’s regulatory ambitions would suffer a major blow if the latter scenario plays out.

While both Ripple as a company and the vociferous online community of its token’s supporters, known as the XRP Army, have been a divisive presence in the crypto space, the lawsuit’s resolution will affect the entire U.S. digital asset industry.

One of the pillars of Ripple’s defense is that it simply did not know that its XRP token could be categorized as a security. The SEC, the argument goes, should have notified the company of its intentions before taking the matter to court. By not doing so, the agency denied Ripple what is known as fair notice.

This powerful argument could go bust, though, if it turns out that Ripple knew it was possible the SEC would take issue with the status of the token. Peter Vogel, of counsel and a member of the Blockchain Task Force of law firm Foley & Lardner, explained to Cointelegraph:

“U.S. District Judge Analisa Torres ruled that by Feb. 17, Ripple would have to make public sealed legal memos from 2012 from Ripple’s lawyers advising Ripple before launching XRP. The SEC claims that Ripple was advised in 2012 that XRP would be deemed a security under federal law, so Ripple was well aware of the risk that the SEC would bring a lawsuit. Ripple claims that the 2012 legal memos related only to proprietary internal strategies.”

If the memos clearly point to the absence of a federal law violation, Ripple’s argument will receive a massive boost. However, evidence suggesting that the firm’s executives chose to ignore their lawyers’ relevant concerns ahead of launching XRP could considerably deflate Ripple’s fair-notice argument.

The company did, though, see the speech from William Hinman, the then-director of the SEC’s Division of Corporation Finance, at the Yahoo Finance All Markets Summit in June 2018 as a notice to market participants about what the commission does and does not consider a security. The regulator contends that these remarks reflected Hinman’s personal position rather than the agency’s.

In a thriller plot twist, Judge Torres ordered the SEC to unseal email communications and staff notes related to Hinman’s speech — an order that the commission disputes. If the order stands, it could change the way executive agencies exercise a principle known as deliberative privilege.

In common law systems, deliberative process privilege is a principle that protects information from public disclosure that shows the process by which an executive body reached a certain decision or policy. In the case at hand, the principle protects, say, internal documents that describe the SEC’s thinking on how to categorize digital assets from normal discovery in civil litigations and Freedom of Information Act requests.

But because the SEC argued that Hinman’s remarks in question reflected his private opinion, deliberative privilege does not extend to the SEC’s internal documents related to this speech, so these records are fair game.

Amina Hassan, litigation partner with law firm Hughes Hubbard & Reed, thinks that the fight over the scope of the commission’s deliberative privilege is even more interesting than what’s inside the 2012 memos. Hassan commented:

“If the court’s decision stands, it could have a far-reaching impact, opening similar types of SEC and other agency documents to discovery. While any discovery disputes around agency notes will necessarily be fact-specific and resolved on a case-by-case basis, the decision does provide litigants a helpful hook to seek similar documents from the government.”

In other words, the precedent could open the door for crypto firms that will be fighting the SEC and other executive agencies in court in the future to demand the kind of information that was previously out of reach. Hassan added that Judge Torres’ decision is also likely to cause agencies to reconsider “how they treat their officials’ public speeches, which usually contain standard disclaimers that they express the views of the official only, not the agency.”

How does this end?

The fact that Ripple chose to engage in court rather than going for a settlement right away does not rule out the possibility of a settlement at some point in the process. The legal experts who spoke to Cointelegraph on this matter believe that a settlement is still very much on the table. Vogel commented:

“Since about 95% of all lawsuits settle before trial, it seems likely that we will never have a jury trial, but the interpretation of these 2012 legal memos may be a factor in some settlement of the current SEC lawsuit.”

Hassan said that “It is difficult to say whether the case is close to resolution since the discovery and pleading disputes are continuing. But the stakes are very high for both parties, so we cannot rule out a settlement.”

Even if Ripple’s side chooses to settle without trial at some point in the process, the litigation has already demonstrated that a well-resourced crypto company can cause the SEC serious trouble in an open fight.

BlockShow returns as a DAO for community engagement and…

What Are Polkadot’s Parachain Auctions?