The firm has built a new protocol called Taro that enables stablecoins to be sent and received on the Bitcoin Lightning Network. 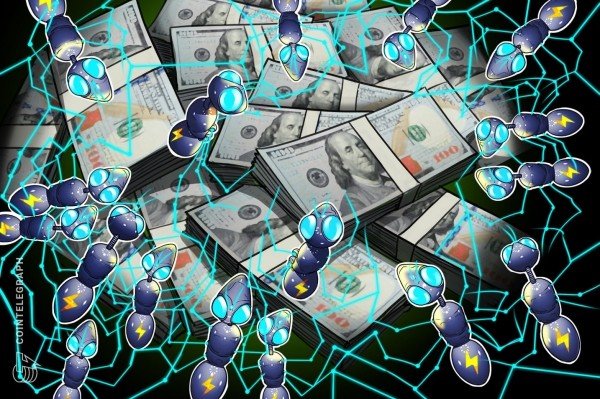 Bitcoin (BTC) software firm Lightning Labs has secured a large funding round to enable and further develop the Lightning Network for faster and cheaper Bitcoin and stablecoin transactions.

The $70 million Series B funding round was led by Valor Equity Partners with participation from Baillie Gifford, Goldcrest Capital and several other angel investors. Lightning Labs builds additional features and software for the Lightning Network (LN), Bitcoin’s layer-2 transaction solution.

The funding will be channeled into a new protocol it has developed called Taro, which will enable stablecoins to be transferred using the LN, according to reports. Lightning Labs will not issue stablecoins, but the infrastructure will allow them to be sent over the network.

Stablecoin transactions were made possible with the Bitcoin Taproot upgrade in November 2021, which also introduced smart contract capabilities.

The firm believes that Taro will enable further Bitcoin adoption, as it potentially allows the unbanked in developing countries to send money using stablecoins.

Speaking to Forbes, Elizabeth Stark, CEO and co-founder of Lightning Labs, said, “That’s really significant because the potential here is for all the world‘s currencies to route through Bitcoin over the Lightning Network.” Speaking to Tech Crunch, she added:

“If I were Visa, I’d be scared because there are a lot of people out there that have mobile phones, but now don’t need to tap into the traditional system.”

Lightning Labs raised $10 million from its Series A in September, which followed a $2.5 million seed round in 2018.

The LN is currently being used extensively in El Salvador, the first country to make Bitcoin legal tender. It has also been put into action on the payments platform Strike and the tipping tool on Twitter. The current network collateral is 3,693 BTC, worth around $167 million, a 5.8% increase over the past month, according to the statistics.

Stablecoins are now an integral part of the digital currency ecosystem and are slowly being accepted by global regulators. The latest to give fiat-pegged assets the green light is the United Kingdom‘s Economic and Finance Ministry, which intends to adjust the existing regulatory framework to incorporate stablecoins as a payment method.