The downfall of Terra calls into question the real-world utility as well as the long-term viability of algorithmic stablecoins. 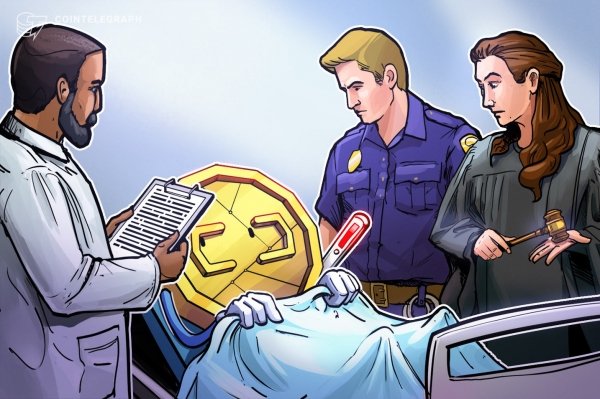 The past week has been a dark period in the history of crypto, with the total market capitalization of this industry dipping as low as $1.2 trillion for the first time since July 2021. The turmoil, in large part, has been due to the real-time disintegration of Terra, a Cosmos-based protocol that powers a suite of algorithmic stablecoins.

Due to ongoing collapse, Terra’s other associated offering, TerraUSD (UST) — an algorithmic stablecoin pegged to the United States dollar in a 1:1 ratio — has lost its peg to the dollar and is presently trading at $0.079527.

As highlighted above, the Terra protocol is driven via the use of two core tokens, namely UST and LUNA. Network participants are afforded the ability to mint UST by burning LUNA at the Terra Station portal. Simply put, one can envision the Terra economy as being one that consists primarily of two pools: i.e. one for TerraUSD and one for LUNA.

In order to maintain UST’s value, the LUNA supply pool either adds to or subtracts from its coffers such that clients are required to burn LUNA in order to mint UST and vice versa. All of these actions are incentivized by the platform’s algorithmic market module making UST’s functional framework substantially different from that of its closest stablecoin rivals Tether (UDST) and USD Coin (USDC), both of whom are backed by fiat assets directly.

To better illustrate the working of UST (or algorithmic stablecoins in general), it would be best to make use of a simple illustration. Say, for example, the value of UST lies at $1.01, then users are incentivized to make use of Terra’s swap module to trade $1.00 worth of LUNA for 1 UST, thereby allowing them to pocket a net profit of $0.01.

Now, when the tables are turned and UST dips to $0.99, network users can do the exact opposite, causing the protocol to disallow some users from being able to redeem $1.00 worth of UST for $1.00 worth of LUNA. This once hypothetical scenario is now a living reality, resulting not only in the disintegration of the Terra protocol but also in maligning the reputation of the crypto industry in the eyes of investors all across the globe.

Damage control but to no avail

As soon as LUNA and UST went into freefall earlier this week, the protocol’s co-founder Do Kwon released a series of tweets announcing remedial measures to contain any further bleeding. As a preliminary step to counter UST’s decoupling with the dollar, Kwon reinforced the burning of UST, something which we now know in hindsight failed to work.

Kwon claimed that by increasing the base pool from 50 million to 100 million special drawing rights (SDR) and decreasing PoolRecoveryBlock from 36 to 18, the protocol’s minting capacity could potentially be bumped up from $293 million to a whopping $1.2 trillion.

Simply put, by deploying the aforementioned changes, the Terra team was afforded the ability to mint four times more UST out of thin air, a process that is now being jokingly being referred to as Kwontative easing. Providing an expert take on the matter, Jack Tao, CEO of cryptocurrency exchange Phemex, told Cointelegraph that looking back now, the disaster signals surrounding UST and LUNA had been there for quite some time.

For starters, he believes that the general idea surrounding algorithmic stablecoins in itself is quite flimsy since these offerings lack any sort of actual backing asset. Secondly, the Luna Foundation had recently been making a lot of noise, as Do Kwon announced he was going to be purchasing a total of $10 billion in Bitcoin (BTC) to serve as UST’s reserves. In this regard, Tao added:

“These purchases resulted in an oversupply of UST, which started falling rapidly once sell pressure began to mount on LUNA and then subsequently on UST. Once this selling happened, the Luna Foundation Guard had to offload its Bitcoin to maintain the peg. But, the reflexive sell pressure continued and all of the involved assets began to drop hard.”

Tao went on to add that the Anchor Protocol — a savings, lending and borrowing platform built on the Terra Blockchain — which was promising an unrealistic 20% annual percentage yield (APY) on UST staking, also had a major role to play in the development. When sell pressure on UST rose, it lost its $1.00 peg and started to drop uncontrollably:

“Once the Binance liquidity dried up, Curve’s two UST pools started selling UST, and Anchor’s borrowing levels declined by over $1 billion. As a result of this, the broader ecosystem has now been plagued with confidence issues, especially when it comes to stablecoins.”

On May 12, validators serving the Terra network collectively decided to put a halt to any digital activity related to the ecosystem in an attempt to mitigate potential governance attacks, especially as the network’s LUNA token dipped to under a penny recently.

To this point, Terraform Labs’ official Twitter account revealed that all network activity had been stalled at block height 7,603,700. With LUNA’s value dropping by nearly 100%, the firm’s spokesperson suggested that developers are no longer confident in their abilities to prevent third-party governance hacks. However, the downtime was short-lived, with Terra’s core team revealing that it would restart operations as soon as validators were able to apply a patch that disabled all further delegations.

As a consequence of the LUNA/USDT trading pair dipping below the 0.005 USDT mark, it was delisted from Binance. The move followed the removal of LUNA tokens by cryptocurrency exchange Huobi just a day earlier. Before the unfolding of the above-stated events, UST was the third-largest stablecoin by total market capitalization, trailing only Tether and USD Coin.

A bad look for the industry as a whole

In Tao’s view, this entire episode is going to have a negative impact on the image of the crypto industry, especially in the eyes of investors. In particular, he believes that the crash could result in lawmakers becoming more strict around decentralized stablecoins and could even lead to many governments aggressively exploring the creation of their very own centralized stablecoins and central bank digital currencies (CBDCs), adding:

“The LUNA situation will, unfortunately, leave a bad taste in everyone’s mouth as this has caused a lot of great altcoins to lose tremendous value. But, a bigger more important aspect of this development is its timing. All this has happened at a time when there is a war raging in Eastern Europe, supply chains are being constrained globally, inflation and interest rates are rising.”

That said, he did concede that there might be a small silver lining in all this: The event may result in the survival of only the best projects, with most sketchy platforms losing investor interest in a big way. “There will be much more scrutiny from now on and investors will feel comfortable choosing to invest in only the largest cryptos such as Bitcoin, Ether and Solana,” he said.

Thus, it will be interesting to see how this story continues to unfold and what sort of repercussions this incident has on the development/evolution of the cryptocurrency market at large, especially as the traditional finance system also continues to be ravaged by a growing amount of adverse financial pressure.

“Parody” Token Struck Down by Estate of J.R.R.…