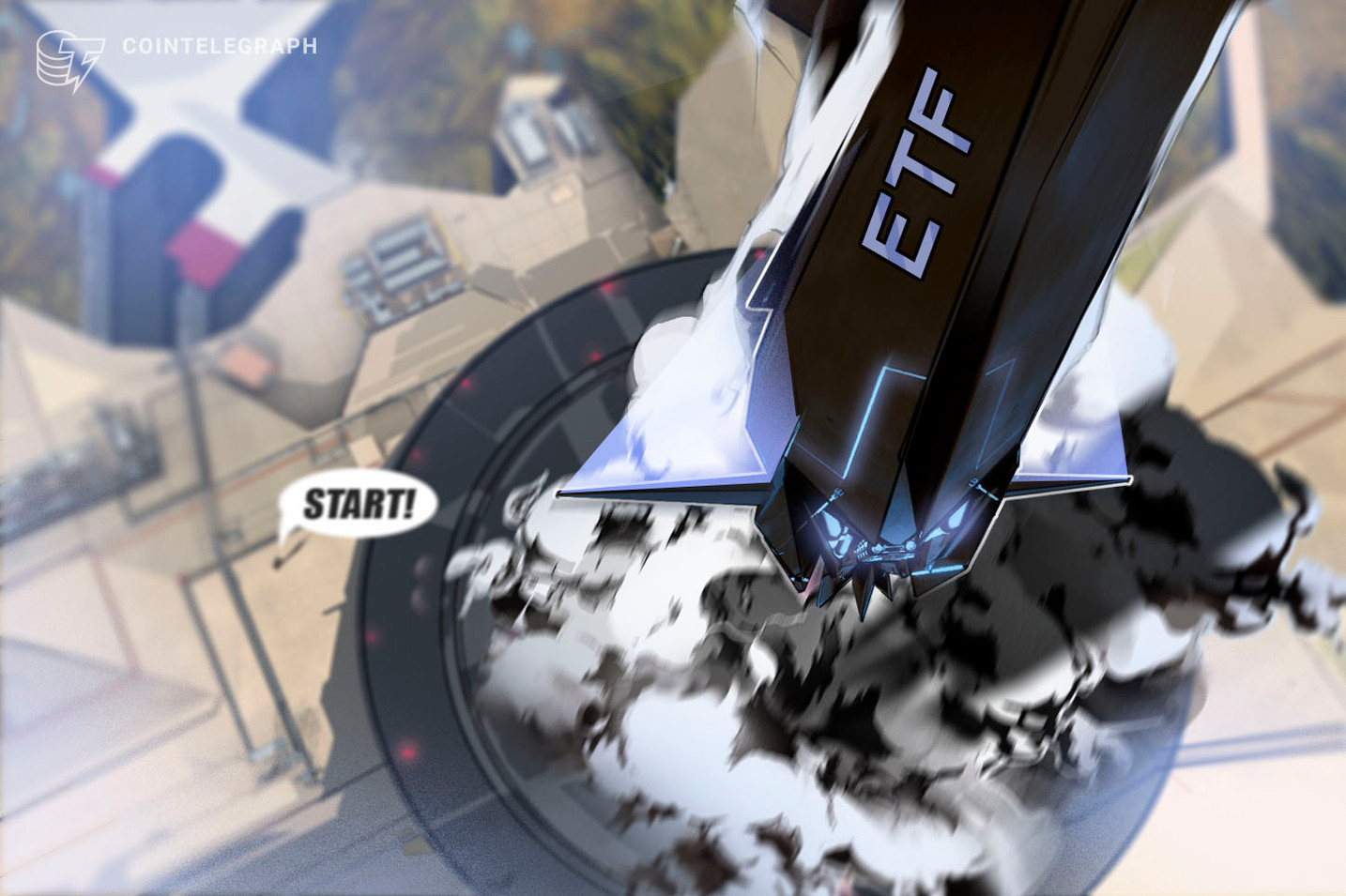 Commentators are predicting that a second futures-based Bitcoin exchange-traded fund (ETF) will go live by the end of the week following the launch of ProShares’ Bitcoin Strategy ETF later today.

On Oct. 19, Bloomberg’s analyst Eric Balchunas predicted that Valkyrie’s Bitcoin (BTC) futures-based ETF is “likely” to launch in the coming days after being certified for listing on the Nasdaq exchange last week.

If true, the milestone would make Valkyrie’s fund only the second Bitcoin ETF to launch in the United States, with ProShares’ futures-based ETF slated to begin trading on the New York Stock Exchange under the ticker $BITO on Oct. 19.

Fellow Bloomberg analyst James Seyffart had initially predicted that Valkyrie’s Bitcoin Strategy ETF ($BTF) would go live on the same day as ProShares’ product. However, Balchunas tweeted earlier today that Varlkyrie’s fund will “likely” launch on Oct. 20 or Oct. 21, adding that ProShares will have the “market to itself” for the time being.

Balchunas also noted that Valkyrie had updated its ticker from BTFD to BTF in its application.

Invesco bows out of race to launch futures-based Bitcoin ETF

Despite the bullish sentiment surrounding the U.S. Securities and Exchange Commission (SEC) approving the United States’ first Bitcoin ETF, Invesco announced it had withdrawn its application for a futures-based ETF on Oct. 18.

While onlookers had predicted Invesco’s futures ETF would receive a greenlight from the SEC this week, the firm revealed on Oct. 18 that it had withdrawn its application, adding its intentions to work toward launching a spot Bitcoin ETF in partnership with crypto broker-dealer Galaxy Digital. Invesco stated:

“We have determined not to pursue the launch of a Bitcoin futures ETF in the immediate near-term; however we will continue to work in partnership with Galaxy Digital to offer investors a full shelf of products with exposure to this transformative asset class, including pursuing a physically-backed, digital asset ETF.”

However, during an Oct. 19 episode of Anthony Pompliano’s “Best Business Show,” Seyffart and Balchunas argued that the approval of a spot BTC-backed ETF is unlikely to happen anytime soon.

Reddit may be preparing to launch its own NFT platform