"A small but loud minority have wrongly claimed that Lisa Cook doesn’t meet the standards for this position — standards that only seem to apply for certain nominees,” said Sherrod Brown. 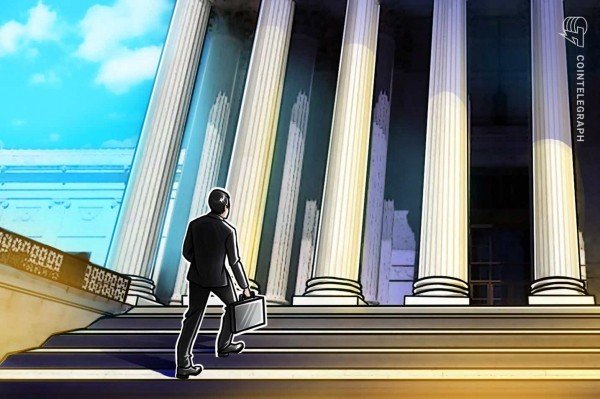 The United States Senate will vote on President Joe Biden’s nominations to the Federal Reserve after delays instigated by Republican lawmakers.

In a 50–49 vote on Tuesday, the Senate moved economist Lisa Cook’s nomination for governor in the Federal Reserve System out of the Banking Committee toward a final confirmation vote — though when the government body will take up the matter is uncertain. The Senate will also vote on prospective Fed chair Jerome Powell, who was named chair pro tempore in February, as well as Lael Brainard for vice-chair and economist Philip Jefferson as Fed governor.

All four of Biden’s nominations for the central bank were held up for a February vote following a boycott of the decision by Senate Banking Committee Republicans who cited their concerns over prospective Fed vice chair for supervision Sarah Bloom Raskin. Ranking member Senator Pat Toomey reportedly said at the time Republican members would support Powell, Brainard, Jefferson and Cook — but not Raskin.

On March 15, the prospective Fed vice chair for supervision withdrew her name from consideration, citing “relentless attacks by special interests.” Democratic Senator Joe Manchin also reportedly sided with Republicans, saying he would not support Raskin’s nomination. Because Democrats only hold a slim majority in the Senate, having every member of their party behind a candidate is often necessary for a vote to succeed.

In discussions over moving Cook’s nomination forward in the Senate, Toomey urged lawmakers to also oppose the prospective Fed governor, citing concerns over inflation in the United States. The Republican senator claimed Cook could exhibit “extreme left-wing political advocacy” in the Federal Reserve and had “nearly zero experience in monetary policy.”

Senate Banking Committee chair Sherrod Brown said it was critical for lawmakers to get Biden’s picks confirmed immediately“to fight inflation.” According to the Democratic senator, Cook was “unquestionably qualified” for the position at the Fed and had “bipartisan support from top economists”:

“Despite her broad support, a small but loud minority have wrongly claimed that Lisa Cook doesn’t meet the standards for this position — standards that only seem to apply for certain nominees.”

Changing the leadership of one of the top financial regulators could have an impact on how the U.S. government considers treating crypto and blockchain. In February, the Federal Open Market Committee approved rules that would ban senior officials at the Fed from purchasing and holding cryptocurrencies. Lawmakers in the House may also be considering legislation that would stop their colleagues from trading stocks — a law that could potentially extend to digital assets.

Related: Powers On… The Fed endorses cryptocurrency — Kind of

The nominations for Powell, Brainard, Jefferson and Cook will now likely go forward following Tuesday’s vote. Should they receive more than 50 votes in the Senate — Vice President Kamala Harris is able to act as a tie-breaking vote if needed — Powell and Brainard would serve as the Fed board’s leadership until 2026. As Fed governors, Cook and Jefferson would serve 14-year terms.

‘Institutional demand’: Large transactions on Cardano up 50X in 2022

Powered by Autonomy, AutoSwap Brings the First Ever Limit…