Bitcoin not a currency? South Africa to regulate crypto as financial asset

South Africa’s Reserve Bank will regulate cryptocurrencies as financial assets, and new laws are expected over the next 12 months. 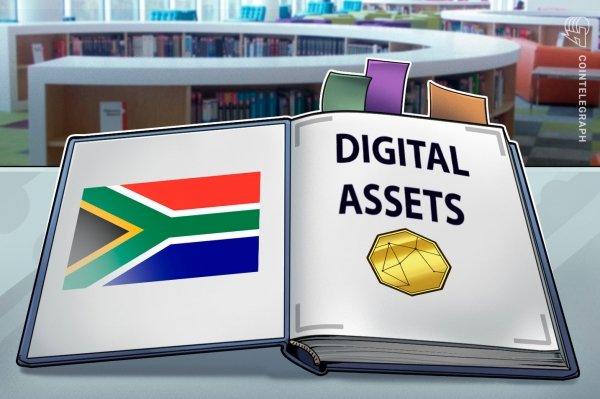 The South African Reserve Bank is set to introduce regulations next year that will see cryptocurrencies classed and treated as financial assets to balance investor protection and innovation.

Cryptocurrency use in South Africa is in a healthy space, with around 13% of the population estimated to own some form of cryptocurrency, according to research from global exchange Luno. With more than six million people in the country having cryptocurrency exposure, regulation of the space has long been a talking point.

Companies or individuals looking to provide advice or intermediary services involving cryptocurrencies are currently required to be recognized as financial services providers. This involves meeting a number of checkboxes to comply with global guidelines set out by the Financial Action Task Force.

South Africa’s National Treasury budget review published in February 2022 formally introduced the move to declare cryptocurrencies as financial products. The state also plans to enhance the monitoring and reporting of cryptocurrency transactions to comply with exchange regulations in the country.

South African Reserve Bank deputy governor Kuben Chetty has now confirmed that new legislation will be introduced in the next 12 months, speaking in an online series hosted by local investment firm PSG on Tuesday. This will see cryptocurrencies fall under the scope of the Financial Intelligence Centre Act (FICA).

This is significant, as it will allow the sector to be monitored for money laundering, tax evasion and terrorism financing, which has been a heavily debated byproduct of the decentralized nature of cryptocurrencies and blockchains.

Chetty highlighted the road that the SARB will take over the next 12 months to introduce this new regulatory environment. Firstly, it will declare cryptocurrencies as a financial product which allows their listing as a schedule under the Financial Intelligence Centre act.

Following that, a regulatory framework will be developed for exchanges which will include certain Know Your Customer (KYC) requirements as well as the need to meet tax and exchange control laws. Exchanges will also be expected to issue a ‘health warning’ to highlight the risk of losing money.

Chetty noted that the SARB’s attitude toward the sector has changed significantly over the past decade. Some five years ago the institution thought there was no need for any regulatory oversight, but a gradual shift in perception to define cryptocurrencies as financial assets has changed that stance:

The deputy governor insisted that the SARB did not regard cryptocurrencies as a form of currency, given the perceived inability for everyday retail use and the associated volatility.

Chetty agreed that continued interest in the space creates a need to regulate the sector and facilitate its merge with mainstream finance “in a way that balances the excitement and hype with the investor protection required.”

The SARB also continues to explore the possible introduction of a central bank digital currency (CBDC), having recently completed a technical proof-of-concept in April 2022. The second stage of Project Khokha involved using a blockchain-based system for clearing, trading and settlement with a handful of banks that form part of the Intergovernmental Fintech Working Group (IFWG).

Who Is Daniele Sestagalli?