The run-up to the latest snapshot of just how bad U.S. inflation is seeing Bitcoin breakthrough range low resistance. 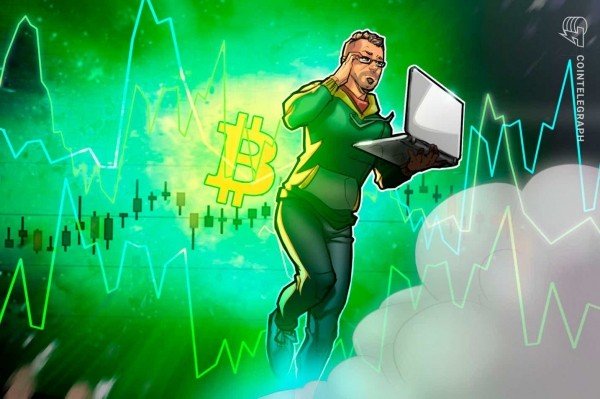 Data from Cointelegraph Markets Pro and TradingView showed BTC/USD abruptly “squeeze” through previous resistance at $39,600, going on to deliver 24-hour gains of 11.3%.

Amid local highs of $42,438 on Bitstamp, the mood among traders was also improving, but caution remained.

“I can’t deny that the market is looking a bit better after this move. However, still very fragile, short timeframe and uncertain,” Cointelegraph contributor Michaël van de Poppe said as part of Twitter comments on the day.

Fellow trader and analyst Pentoshi was similarly cool on the performance, which took Bitcoin back to the upper segment of a range where it had lingered throughout 2022.

“This was a nice squeeze, but ultimately want to see Bitcoin reclaim 46-47k to feel confident that momentum has been regained,” William Clemente, lead insights analyst at mining firm Blockware, added.

Bets remained open as to the impact of Thursday‘s consumer price index (CPI) data for February. This is expected to be 7.9% and a key driver of short-term volatility for BTC/USD.

The data would precede the following week‘s decision on key interest rates from the Federal Reserve, with expectations just as varied as to its scope.

Bitcoin thus performed strongly even against many altcoins, with the top ten cryptocurrencies by market cap struggling to keep up.

The briskest gains belonged to Terra (LUNA) once again with LUNA/USD targeting 20% gains and its highest since mid-January.

Bitcoin bulls scramble to defend $40,000 as the crypto…

Did Solana Suffer Another Network Outage?

SBF’s $250M bail guarantors should be made public, rules…

Voyager Customers Could Get 72% if Bankruptcy Sale Succeeds