"Imagine if the EU required your bank to report you to the authorities every time you paid your rent merely because the transaction was over 1,000 euros,” said Coinbase CEO Brian Armstrong. 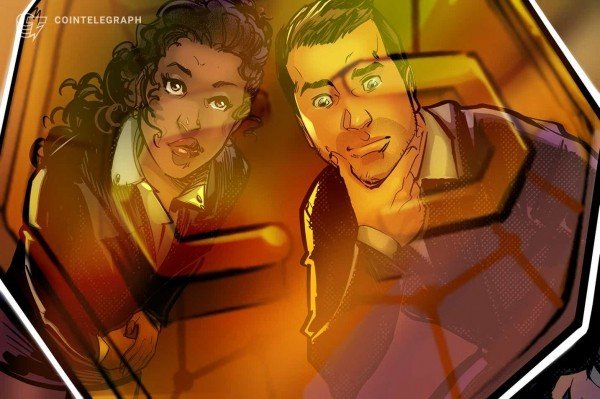 The crypto industry has reacted strongly against a EU Parliament committee voting in favor of a regulatory package for tighter know-your-customer (KYC) and anti-money laundering (AML) rules for ”unhosted” private wallets.

The new guidelines would require crypto service providers — most commonly exchanges — to verify the identity of every individual behind an unhosted wallet that interacts with them, while any transaction greater than 1,000 Euros ($1,100) would need to be reported to authorities.

Coinbase CEO Brian Armstrong vented his frustrations against the move via Twitter, as he drew comparisons with fiat to highlight the absurdity of reporting and verifying a 1,000 Euro transaction:

“How could the bank even comply? The banks would push back. That’s what we are doing now,” he added

The proposal was part of an amendment to the Transfer of Funds Regulation that was voted through by the Economic and Monetary Affairs (ECON) and Committee on Civil Liberties, Justice and Home Affairs (LIBE) on March 31.

For the new rules to be enacted, they must be passed via trialogue negotiations between the EU Parliament, European Council and the European Commission, and if they remain unopposed, it would give the crypto industry nine to 18 months to come in full compliance with the legislation.

The chairman and CEO Pascal Gaunthier of digital wallet firm Ledger didn’t mince his words either, stating that the “EU Parliament chose fear over freedom”:

“A new regulation was just voted on that paves the way for a massive surveillance regime over Europe’s financial landscape.”

European decentralized finance (DeFi) firm Unstoppable Finance lamented the news, expressing hopes that proposals will get shot down in the upcoming negotiations.

“The amendments are a huge setback for crypto in the EU & should be repealed in the trilogues,” the firm stated.

Related: European ‘MiCA’ regulation on digital assets: Where do we stand?

Unstoppable Finance’s head of strategy and business development Patrick Hansen also took to Twitter to vent his anger, calling the proposals a “big disappointment and a big threat to individual privacy.”

“It introduces unfeasible wallet verification requirements and unjustifiable reporting requirements for crypto companies that would have massively detrimental effects for EU citizens and companies alike.”

He noted it would be difficult, if not impossible, for crypto service providers to verify an “unhosted” counterpart and warned that to stay compliant and not compromise their legal position, some companies might want to cut off transactions with unhosted wallets altogether. Others, smaller ones, might find the potential operational costs of compliance too expensive, leaving it to the bigger established players, which would cause a further market consolidation

However, Hansen also noted that he holds optimism that the rules could be at least watered down in the trialogue negotiations, as “some Commission/Council members have voiced criticism” about the regulations.

Ethereum Layer 2 Arbitrum Soars to $2B in Value Locked

Bitcoin celebrates halfway to the halving with new hash rate…