The project’s low-effort art and dubious founder should have sent buyers running—but they didn’t. 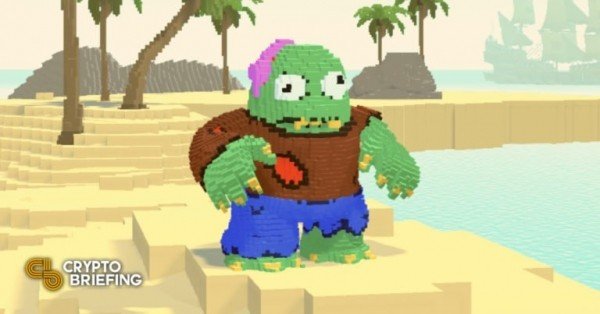 Pixelmon, an NFT gaming project that sold $71.4 million worth of NFTs at the start of the month, has been accused of pulling the rug on its buyers. The project’s substandard art and use of development funds to buy blue chip NFTs have generated a backlash against Pixelmon creator Martin van Blerk.

“I’ve got 3 Ethereum and a dream—where do I mint?”

This is what many people who bought into Pixelmon on Feb. 7 must have been thinking when they handed over $9,000 worth of Ethereum to a team of developers led by an unproven, pseudonymous founder.

The project, which has only been active on social media for three months, promised an AAA open-world adventure game inspired by the low-resolution pixel art style of games like Minecraft and gameplay akin to the immersive “catch ’em all” experience of Pokemon.

Pixlemon team members had apparently “worked for the likes of Activision and Disney,” according to the project’s founder Martin van Blerk, who currently posts online under the alias “Syber.” While concrete details surrounding the game’s development were sparse, it apparently didn’t matter in the stead of what everyone thought the game could be. All that’s needed for a ticket on the NFT hype train is the promise of something big, and van Blerk appeared to know this all too well as he worked to promote Pixelmon leading up to its February mint. By the time the Pixelmon NFTs were set to launch, the project’s Twitter page had amassed over 200,000 followers.

All Pixelmon NFTs sold out within an hour of the mint’s launch, with the vast majority of buyers shelling out at the Dutch auction’s starting price of 3 Ethereum, a testament to the project’s FOMO-inducing marketing efforts. However, Pixelmon could only hide its glaring red flags with hype for so long. Those who had been drawn in by the euphoria started to realize Pixelmon may not have been the kind of project that they thought it was. Aside from the fact that the Pixelmon name had been taken from a long-standing Minecraft mod, most of the project’s developers had not revealed their identities. Concerns over the Pixelmon roadmap then started to surface. In the hours following the mint, prices on the secondary market nosedived, flattening out at around 1 Ethereum while holders waited for the art reveal, initially scheduled for Feb. 16.

After several delays, the world finally got to see what a Pixelmon NFT looked like last Friday, and to say that holders were disappointed might be the understatement of the year. Instead of the vibrant masterfully-rendered creatures featured in Pixelmon teasers on Twitter, holders were met with repetitive, low-effort NFTs that bore no resemblance to the art on the project’s website.

“Pixelmon is the next blue chip. This is financial advice. Don’t do your own research,” van Blerk jokingly posted on Twitter on Dec. 23. For those who have since watched their Pixelmon NFTs plummet over 88% in value, van Blerk’s words can, unfortunately, be afforded a new layer of sincerity. So what went wrong, and why did Pixelmon crash so hard? Join Crypto Briefing as we take a closer look at Pixelmon and its founder’s dodgy track record.

The biggest complaint from disgruntled Pixelmon holders is the NFT collection’s art. The difference between the project’s teaser images and what was actually delivered is staggering. The NFTs are repetitive, with no discernable difference between many of the Pixelmon featured in the collection. Many have also taken issue with the character designs and the myriad of rendering issues. Some NFTs displayed the creatures in the wrong orientation upon the art reveal, partially buried into the ground, or even completely absent from the display picture (Pixelmon has since fixed the rendering issue).

Pixelmon founder Martin van Blerk admitted that the Pixelmon reveal was “unacceptable,” explaining that the previews failed to reflect how the NFTs would look in-game (upon its eventual release).

However, the issues with the Pixelmon art go well beyond its suspect quality. In the aftermath of the reveal, a group of Internet sleuths discovered that many of the Pixelmon NFTs were based on unity art from pre-existing libraries. According to an NFT enthusiasts who posts under the Twitter handle NFTherder, van Blerk bought stock models from MeshTint Studio and converted them to voxel assets to achieve the uniform pixel art aesthetic.

Not content with only reskinning existing art, van Blerk also hired other artists via Upwork without telling them that their art would be used in an NFT project. One such artist, who goes by “Malbers Animations” on Discord, was paid to create variations of 3D dragon models for use in the Pixelmon NFT collection. They admitted to only finishing the work a day before the Pixelmon art reveal.

In response to the criticism of Pixelmon’s art, van Blerk took to Twitter in an attempt to alleviate the fear, uncertainty, and doubt plaguing the project. “They are not the models we intend to use in the actual game,” he said, going on to assert that the Pixelmon team had planned to use the funds raised from selling its NFTs to create better models and characters from the beginning. He also said that the art from the Pixelmon NFTs was created before the project had received additional funding. However, Malbers Animation’s admission to only finishing some of the art for the NFTs a day before the reveal sheds doubt on van Blerk’s defense.

Who Is Martin “Syber” van Blerk?

In response to backlash from Pixelmon’s art reveal, the project’s founder, Martin van Blerk, decided to publicly reveal his identity in hopes of easing fears that he might disappear with the $70 million worth of Ethereum raised through the NFT sale. While van Blerk’s transparency and dedication to Pixelmon is commendable, one question remains: why didn’t he reveal his identity from the start?

On one hand, the right to pseudonymity has become one of the founding pillars of Web3 development. Many of the space’s most reputable and trusted developers were or still are pseudonymous, and the right to hide one’s real-life identity is widely supported. However, in the case of van Blerk, his past history of entrepreneurial blunders may have factored into his choice to conceal his identity when creating Pixelmon.

He has a history of failed ventures on the crowdfunding platform Kickstarter. His first project, Altar Watches, appears to have delivered to its project backers; however, the same cannot be said for his two subsequent campaigns. The Kickstarter pages for Psycho Chickens and Slap the Deck, card games invented by van Blerk, are inundated with complaints from backers who never received their products. In the case of Slap the Deck, the project reached its funding goal only for van Blerk to announce that he had misjudged the amount of funding needed to deliver the product by a factor of five. If van Blerk had trouble producing a card game for $10,000, that should raise alarm bells now that he’s at the helm of a $70 million video game project.

Some on-chain detectives have already pointed out that van Blerk used the project’s treasury to buy blue chip NFTs, arguing that he is misusing funds. Transaction history shows that a wallet connected to the Pixelmon contract address received 400 Ethereum, which it then used to buy NFTs from Bored Ape Yacht Club, Azuki, CloneX, and Invisible Friends, and other high-value collections.

In response, van Blerk admitted to members of the Pixelmon Discord that he had purchased the NFTs because the “market took a dip.” On Twitter, he followed up accusations that he was improperly using project development money to buy NFTs by stating that he and the rest of the Pixelmon team had received less than 5% of the funds raised. However, as no official breakdown of the amounts van Blerk and other developers were set to receive has ever been released, it’s hard to say if funds are being misappropriated.

Additionally, other critics have slammed van Blerk for the percent-based structure he and other developers are supposedly taking from the project’s coffers. One Twitter user who goes by the name fluffypony commented:

“I’ve founded multiple successful projects including MyMonero, GloBee, Yat, raised funds for all of them. Founders NEVER take a % for working, & never take money off the table in an early round. You should have paid yourself a reasonable salary + performance bonuses in a year.”

Others joined fluffypony in the comments warning van Blerk that he is “not beyond the law” by working in crypto and sending condolences to those who lost money from buying Pixelmon NFTs.

The Pixelmon debacle highlights both the insane power of marketing hype and the necessity of properly vetting prospective NFT projects. Even before van Blerk had revealed his identity, several red flags were apparent throughout the project’s literature.

The Pixelmon litepaper almost entirely focused on subsequent NFT sales and a PIXEL token airdrop. Little was revealed about the game’s mechanics, story, or player experience. Focusing solely on the financial aspects of the project and promising more value to collectors who bought into the high-priced Pixelmon NFTs should be viewed as a major red flag for any future project.

Additionally, Pixelmon was suspiciously opaque about who exactly was creating the game and managing the project. Most of the people involved started out as pseudonymous, had very little experience in blockchain, and had no track record to go on. Because of this lack of transparency, when it was revealed that the assets for the game had been bought from third parties or commissioned from outside of the Pixelmon team, those invested in the project were understandably rattled.

Although Pixelmon bombed, there’s a silver lining for some minters. The more egregious examples of Pixelmon NFTs are perceived as so bad that they have gained a cult following, soaring in value well past the 3 Ethereum mint price. One example is a zombie turtle Pixelmon identified with the trait “Kevin.” Multiple Kevin Pixelmon have sold for around 7 Ethereum on OpenSea, and the art has inspired several ironic derivative projects.

Whether van Blerk created Pixelmon to siphon money from NFT enthusiasts or merely got in over his head in a space that throws vast sums of money at flashy projects is beyond the scope of this article. However, Pixelmon should serve as a stark warning for those pursuing the next big project; always do your own research.

Orbs Expands To Harmony In Pursuit of Innovative DeFi…