“The use of the designation "VERSE" constitutes an infringement of our client’s trademarks under German trademark law,” Block’s legal counsel said in a letter to Bitcoin.com. 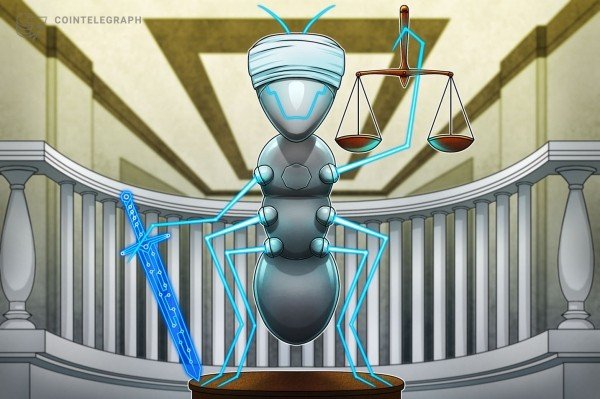 In a letter addressed to Bitcoin.com CEO Dennis Jarvis and the company’s legal counsel Joseph Collement, lawyers representing Block claimed that Bitcoin.com’s use of “Verse” constituted trademark infringement under German trademark law. The letter, dated Aug. 10, 2022, was a follow-up to a July 4, 2022 notice in which Block’s legal counsel, Bird & Bird, first laid out its trademark infringement case in Germany. A person familiar with the matter shared the letter with Cointelegraph.

The alleged trademark violation stems from Block’s acquisitions of Verse Technologies Inc. and Decentralized Global Payments S.L. in 2020. “The portfolio of Verse and Decentralized also included a peer-to-peer payment app under the name “VERSE”. Since the takeover, our client has been operating this app,” the letter read.

Block’s legal counsel explained that the “VERSE” app is available in Europe, including Germany, and can be accessed on both Apple and Android devices. The letter detailed Block’s rights over a figurative mark that contains the word “Verse” as well as the “VERSE” word mark, with priority for computer and application software for mobile devices.

“The use of the designation “VERSE” constitutes an infringement of our client’s trademarks under German trademark law,” the letter concluded, adding:

Bitcoin.com is owned by early Bitcoin (BTC) investor Roger Ver, who served as CEO until Aug. 1, 2019. Bitcoin.com operates a digital asset exchange and wallet and provides daily news on the cryptocurrency market. Many in the crypto community know Ver for his strong support of Bitcoin Cash (BCH), which emerged in 2017 after departing Bitcoin’s original blockchain due to philosophical differences around scalability and transaction speed. However, its supporters believe BCH aligns more with the vision set out for Bitcoin in Satoshi Nakamoto’s 2008 white paper.

Founded in 2009 by Jack Dorsey, Block rebranded from Square in December 2021 as its focus shifted to blockchain technology and Bitcoin. Dorsey has increasingly focused on Bitcoin hardware and payment solutions since stepping down as Twitter CEO in November 2021.

Related: Get your money back: The weird world of crypto litigation

Ver and Dorsey have been involved in personal disputes over the years, including in 2019 when Ver accused Dorsey of supporting Lightning Network because of his alleged romantic involvement with Lightning Labs CEO Elizabeth Stark. Some have speculated that these personal issues are why Twitter never verified Bitcoin.com’s handle when Dorsey was CEO.

The Verse token at the heart of the legal dispute is publicly advertised on Bitcoin.com’s Twitter page. Verse is described by its creators as a “cross-chain token” focused on expanding into low-fee Ethereum Virtual Machine (EVM) chains. It has a fixed supply of 210 billion tokens distributed over seven years. Its private sale, which concluded this past May, raised $33.6 million.

FTX founder reportedly cashes out $684K after being released…

OKX releases Proof of Reserves page, along with instructions…

The Merge: Top 5 misconceptions about the anticipated…