There wasn’t enough interest in the project, and it wasn’t able to stand on its own, the Korean professor behind the Beevi project said. 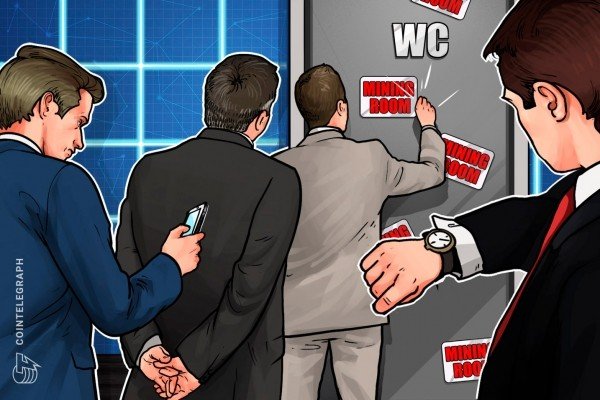 The South Korean government has put the lid on a science program that created toilets designed to turn human waste into electricity, heat, and digital currency.

The Science Walden project was revealed in July 2021 to the amusement of the crypto community and the wider public alike — introducing the “BeeVi” toilet which turned human excrement into methane gas and rewarded its “depositors” with a digital currency called Ggool.

Speaking to Cointelegraph, Science Walden lead, and Professor Cho Jae-weon however revealed that in February this year, further development of the BeeVi toilet and its associated Feces Standard Money (FSM) digital currency has “unfortunately” halted after the scheduled end of the project’s five years of funding.

“My project, Science Walden, unfortunately, came to an end in February this year, with FSM and BeeVi […] I think they thought they supported it enough and believe  Science Walden should stand on its own feet to be independent.

Professor Cho noted that there are still a few BeeVi toilets inside the campus at its Science Cabin at the Ulsan National Institute of Science and Technology campus, but that stands as the only place such a toilet exists now.

Since its invention, BeeVi users have been relieved to earn the Ggool digital currency, a transliteration of the Korean word for honey, and tokens for providing energy to the university. The currency could be used to buy goods on campuses such as coffee and snacks, but the marketplace has not been active for nearly all of 2022 so far.

Professor Cho explained to Cointelegraph that both his toilet and FSM system could’ve been a spark for significant positive change in society if given a chance. He referred to Ggool tokens as a “social good” that exists “in contrast to what we think of as a ‘currency’.”

“We ask people to value products, goods, services, and even a work of art only in Ggool, without thinking [about] its value in Korean Won and US dollars. This is a new way to view value in different ways.”

Ggool tokens were designed with a negative interest rate of 7% to discourage hodling, which means earners must be regular in liquidating their assets or risk losing purchasing power.

Additionally, 30% of the tokens one earns are distributed to other holders upon receipt. Professor Cho said:

“As a result, this is a form of currency that does not support the accumulation of wealth but which is constantly circulated and utilized.”

FSM and Ggool tokens are not government-backed or blockchain-based entities. Professor Cho thinks the program lost its funding because “it seems nobody cares […] considering it has a different spirit and philosophy from existing currencies.”

Professor Cho asserted that metropolitan cities could benefit from the technology by utilizing the waste to produce something useful rather than just clearing the pipes of a centralized water system or being released into the atmosphere as a greenhouse gas.

For example, he believes there is a lot of opportunity with his technology as the methane it produces can be burned for heat or used for cooking gas.

However, he admits that such a rollout would require “institutional structure” as well as hefty infrastructure investment.

BlockFi plans to file assets and liabilities for bankruptcy…