Cointelegraph spoke to the founder of a London art gallery to discuss the cultural implications of welcoming NFTs into traditional art spaces. 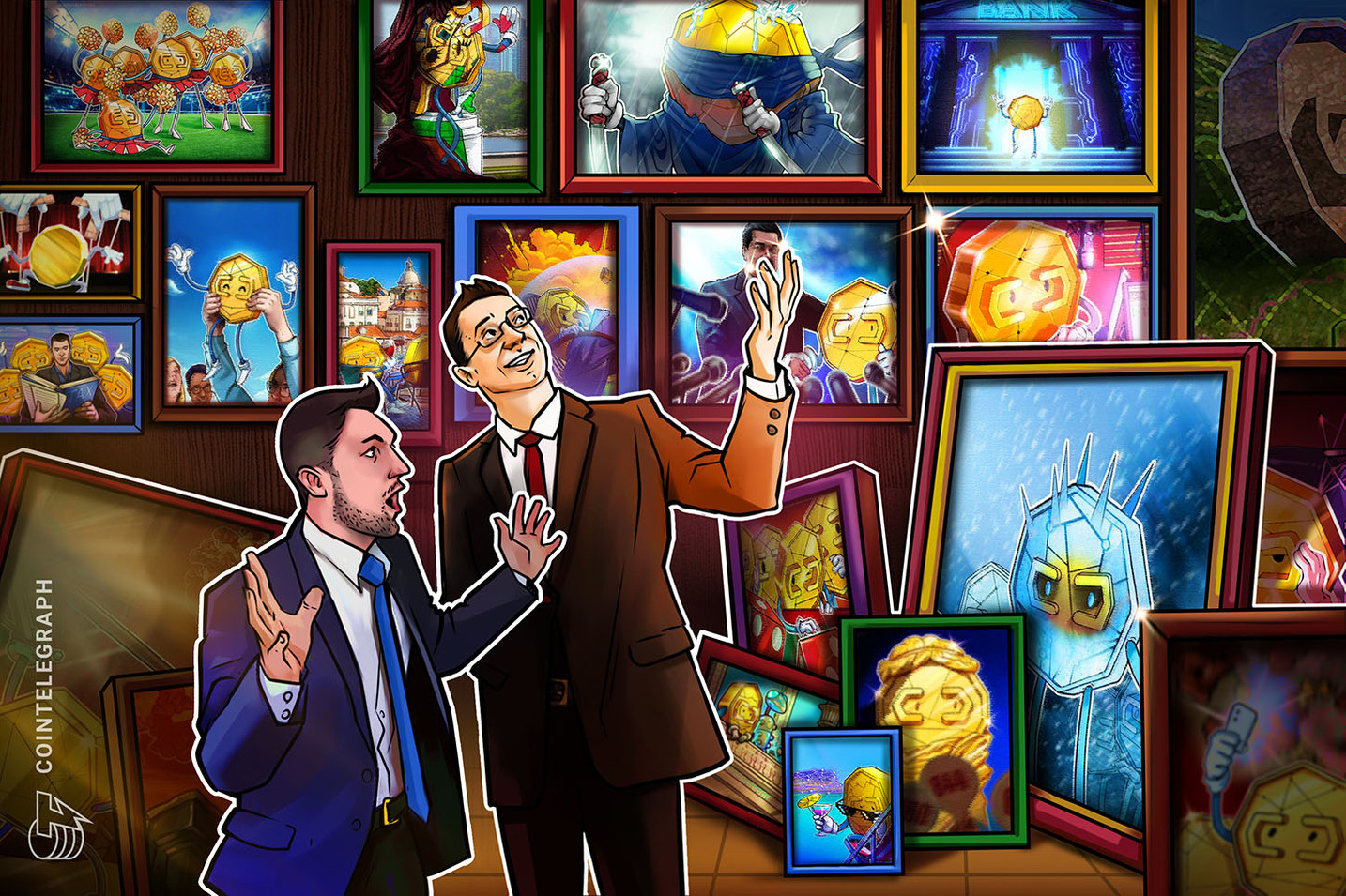 For decades, art galleries and museum exhibitions around the world have facilitated the presence of cultural education, social interaction and visual moments of awe.

Michelangelo’s Sistine Chapel, Georgia O’Keeffe’s Black Iris III and Picasso’s Weeping Woman have all inspired generations of art-lovers in their own pursuits of life, creative or else.

However, since the turn of the century — grossly impacted by seismic shifts in digital behaviors, economic uncertainties and enduring complaints of exclusivity — art galleries have seemingly depreciated in societal appeal.

A piece by Arts Professional in late-2017 exposed the decline in visitor numbers to London’s most prominent art attractions, a damning paradox to the year’s record tourism to the city.

After last year’s pandemic victimized the human convergence to physical environments, this disheartening fortune can only be further concluded.

In spite of this, a nascent art form emerging rapidly into the mainstream could hold promise for a resurgence throughout the sector. And that artform is, of course, nonfungible tokens (NFTs).

Founded upon principles of decentralization, verified provenance and spatial autonomy, this community could well become the primary impetus behind the next generation of artistic showcasing.

These creatives inhabit a world where art is pixelated, frames are virtual, outliers and mavericks are embraced as the norm, and Punks are regarded as highly as Picassos.

Birthed in 2017, Crypto Punks became the pioneer of NFT culture, permeating the mainstream to represent modern symbols of status and social esteem.

Central to the internet’s iconography, these avant-garde avatars have now inspired off-springs such as Bored Ape Yacht Club and Cool Cats, among many others.

NFTs have emerged in a time of blurred boundaries between our physical and digital worlds. A debate often posed is whether art belongs in physical galleries, on online screens, or even in the virtual metaverse. This is a conversation that will continue to evolve every day, as new opinions and ideas shape the cultural landscape.

The NFT space has witnessed parabolic growth over the last twelve months. Leading NFT marketplace OpenSea registered a colossal $4B in trading volume across August 2020 and reportedly hosted 98% of the entire market’s transactions with just 37 staff members.

NFTs have already attracted a plethora of corporate giants, including Visa, Nike and the NBA, as well as global sports stars Tom Brady, Steph Curry and Lionel Messi. A punk pin badge was even featured at the Met Gala last week on the apparel of Reddit co-founder Alexis Ohanian.

With this renewed appreciation for artistic expression and excitement for its medium’s potential, art galleries and museums that seek to embrace innovation could find themselves on the cusp of a renaissance.

Cointelegraph spoke to Elio D’Anna, the founder of HOFA — a London-based gallery steeped in crypto history — to discuss the cultural significance of inviting nonfungible art into traditional spaces.

The fact that artists are working with digital mediums to create visuals, renderings and computer graphic generated art, really opens a whole new layer to how we perceive art and the world.

The gallery will open a public showcase over the coming weeks in collaboration with Studio37 to display $64M worth of NFT art, including six of twenty-four ultra-rare CryptoPunks. The pieces will be printed as 41 x 41cm lithographs and signed by John Watkinson, the co-founder of Larva Labs.

In addition to the print — which is stamped with a red punk seal of approval — the piece will contain a 12-word seed phrase granting the buyer access to the digital ERC-721 token.

Amongst all the recent hype and plaudits, one of the most crucial acquisitions of the nonfungible token market has been equal recognition against its revered contemporaries.

This is why it was a seminal moment to witness prestigious auction house Sotheby’s public immersion into the space. They became the first auction house to accept payments of BTC and ETH in May and continued on to facilitate NFT events such as the sale of World Wide Web source code.

More recently, Sotheby’s hosted a sale collection of 101 Bored Apes and six mutant serums for $24.39 million, a value that defied all expectations on the night.

In our conversation, HOFA gallery founder D’Anna also commented on the choice of Punk, Ape and Fidenza NFTs within the exhibition and why it was important to select ‘blue-chip’ works.

They are a historical creation of unique pieces that will be talked about for years to come. Having one of the first-ever collectibles from this new NFT world is rare, and part of the reason why people are so keen to collect them.

The ‘Portrait of an Era’ exhibition will be accessible in-person, online through the HOFA mobile app, as well as through virtual reality.

Virtual and augmented technologies seek to offer audiences a uniquely immersive three-dimensional experience across a multitude of visual entertainment sectors.

The Museum of Crypto Art is a metaverse gallery that opened in April 2020 in Somnium Space on the Ethereum blockchain. It displays a vast collection of tokenized art that museum connoisseurs have purchased as nonfungible tokens.

The museum ranked 20th in Cointelegraph’s 2020 annual list of most influential figures in crypto and blockchain and launched a native token on Polygon in May to encourage governance within the space.

Towards the end of our conversion, D’Anna shared his thoughts on the rise of the metaverse, and the potential impact that it may have on art galleries and museums worldwide.

I think we should always be open minded, and as such, I’m very interested in all new creations and expressions from the art world. Metaverses will emerge, but I still believe physical art will always reserve a very special place in everyone’s collection.

The Portrait of an Era NFT exhibition will be publicly displayed at the HOFA Gallery in Mayfair, London between the 23rd Sept and 7th Oct. Registration is open and free.

Evergrande crisis: Buy the dip or bail? Pundits weigh in

MicroStrategy buys the dip by purchasing 660 Bitcoin for…